Colmcille and Ballymore battle it out for Longford Ladies Intermediate title 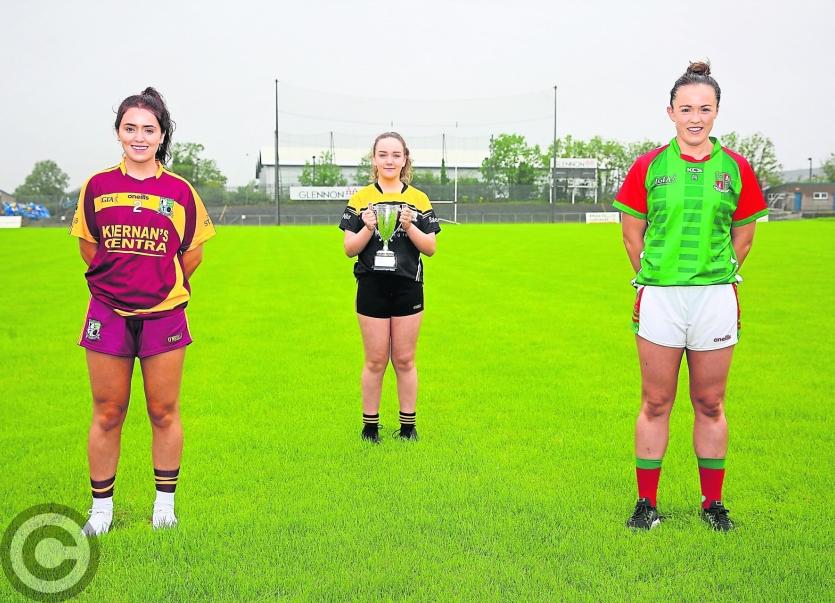 Ballymore will be hoping that it’s third time lucky for them on Saturday when they take on neighbours Colmcille in the Longford Ladies Intermediate Football Final at Glennon Brothers Pearse Park, throw-in 11.30am.

In 2018 the north Longford side lost out to Slashers in the final - Slashers went on to win the Senior title in 2019. Ballymore were beaten by Grattans in the Intermediate final last year - Grattans reached the semi-finals of the senior championship this year.

Ballymore were strong in the group stages of this year’s Intermediate championship, winning all four fixtures. They scored two wins over Colmcille but will be aware anything is possible on Saturday, especially in a final and the tension that it brings.

Ballymore started this year’s championship with a fine win over Colmcille and that set them on the way for the rest of the campaign.

Colmcille finally got the Junior title they craved for last year when they defeated Mullinalaghta in the final. This year they found the step up tough at times and lost the opening game against their county final  opponents.

In the final group game they faced St. Helen’s and knew if they avoided defeat they would book their spot in the final. Colmcille beat the Drumlish outfit by two points to secure a place in the title decider.

Looking at both teams Ballymore have a strong panel with a blend of youth and experience. None more experienced than their goalkeeper Mary Kiernan and also Fiona Gettings. These two players have served their club so well over the years.

They also have Aisling Reynolds, Emer Heaney, Rachel Cassidy, Marie Martin, Nicole Cassidy and Alanna Burns and they are all talented players who can help Ballymore win the Intermediate title and thus return to the senior grade.

Standing in Ballymore’s way are a Colmcille side who know if they can play to their potential they could claim the Intermediate crown.

Colmcille are far from a one woman team but in Longford star Michelle Farrell they have a really  exceptional footballer who is without doubt a potential matchwinner.

Tien McKeon is a promising young player while they can also call on the experienced Patricia Hourican and Megan Jobe.

It’s 10 years since Ballymore won the Intermediate Championship and they currently have a good panel of players that are fancied to overcome Colmcille in the county final.

Mullinalaghta take on Carrickedmond 2 in the Junior decider

There is a novel pairing in the Junior Ladies Football Championship Final this Sunday at Emmet Park when Mullinalaghta take on the Carrickedmond second team, throw-in 4pm.

In their first year at this grade Carrickedmond have qualified for the final and it’s a historic weekend for the club because their seniors are in the County Final on Saturday against Longford Slashers. It is a remarkable achievement for the club.

Standing in Carrickedmond’s way are Mullinalaghta who are hoping they can finally claim the Junior title after losing out in the last two finals to Colmcille (2019) and Grattans (2018).

This is the third meeting between the sides in this year’s championship. Mullinalaghta were easy winners over Carrickedmond in the first game with their greater experience a vital factor.

Carrickedmond have improved as the championship has gone on and when the two sides met for a second time they gained revenge on Mullinalaghta and won by six points. Mullinalaghta lost county player Katie Crawford that day through injury.

Mullinalaghta also lost Amanda Matthews to a serious injury in their opening game to Rathcline. They are a very energetic side and will be looking towards Katie Crawford, Lauren Burke and Edel Sheehy to guide them to victory. Ella O’Reilly and Rosa Lynch are promising young players.

Carrickedmond have some talented players to call upon. They have a fine keeper in Carla Esler while Emer Esler and Caoimhe Mulvey are players who can trouble Mullinalaghta. They also have Aoife Nolan and the experienced Aodhnait Casey (who previously played for Rathcline) to call upon.

With pacey forwards on both sides there will be plenty of scores in this game. A tight battle is in store and Mullinalaghta could finally make it third time lucky in their fierce desire to win the Junior title.