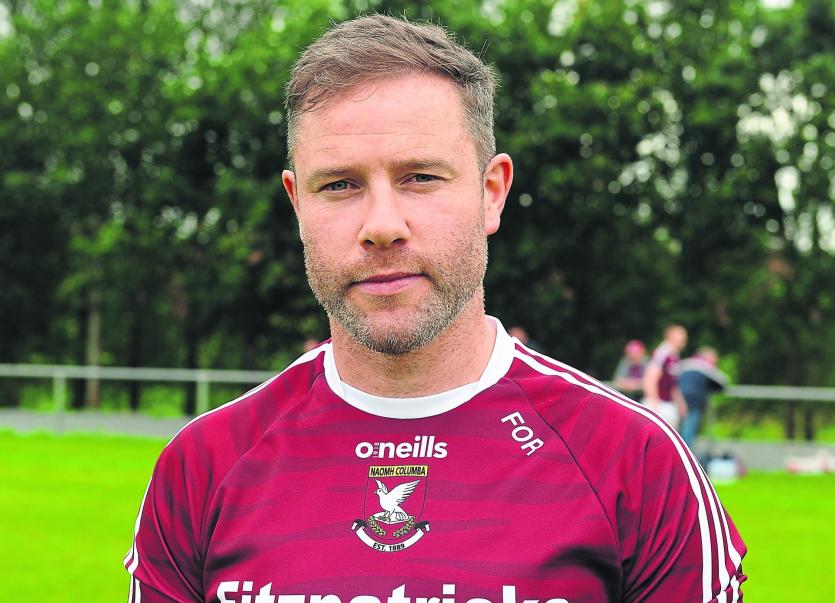 In a pulsating game that was ever bit as dramatic as the clash of the neighbouring clubs at this same stage of the Senior Football Championship last year, Mullinalaghta snatched victory thanks to a last gasp goal from James McGivney at Glennon Brothers Pearse Park on Sunday evening.

A Jayson Matthews mark dropped short into the path of McGivney and he finished the ball to the net from point-blank range in the eighth minute of stoppage time to earn Mullinalaghta a place in the semi-final against Longford Slashers.

It was rough justice on Colmcille who lost the injured McKeon brothers Barry (25 mins) and Paul (38 mins) during the course of this cracking contest and it was a shame that no supporters were allowed to attend the ‘behind closed doors’ quarter-final.

After leading by 0-9 to 0-6 at the break, Mullinalaghta extended their advantage to a commanding six points following further scores form Jayson Matthews, Rian Brady and Aidan McElligott in the early stages of the second half.

There appeared to be no way back for Colmcille but they were thrown a lifeline with a goal from Ruairi Harkin in the 45th minute and when the influential substitute planted a penalty in the back of the net in the 60th minute, St Columba’s were trailing by two points (2-10 to 0-14) and appeared to be in serious trouble.

Down to 14 players after David McGivney was sent-off in the 54th minute after receiving a black card after he was already booked, Mullinalaghta had to call on all their vast experience to survive and that they did thanks to a point from Jayson Matthews and the crucial James McGivney goal.

Colmcille also ended up with 14 players on the pitch after Fergal Sheridan received a black card in the first minute of stoppage time.