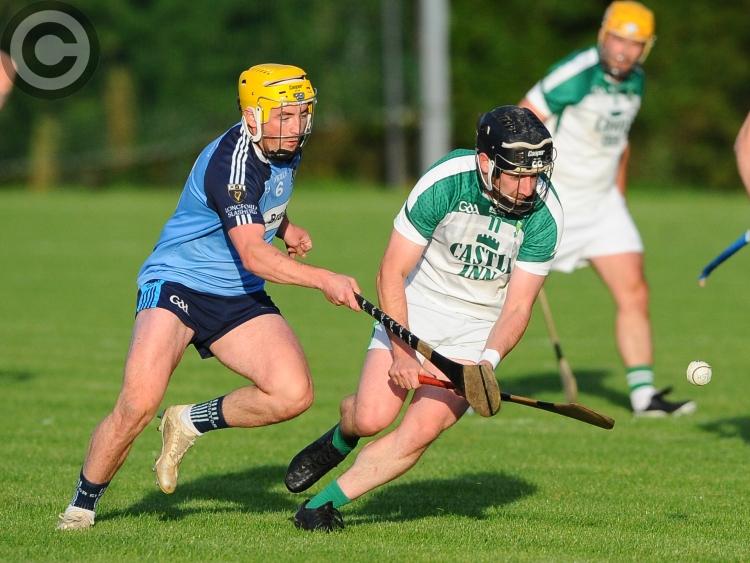 Shane O'Brien on the ball for Clonguish Gaels in his bid to evade the challenge of Slashers opponent Johnny Casey. Action from the SHC second round game on Saturday evening Pic: Declan Gilmore

A superb opening quarter of hurling set Longford Slashers on their way to victory in the group stage of the Senior Hurling Championship at C&D Devine Park on Saturday evening and in doing so booked their place in the county final with the champions Clonguish Gaels knocked out.

It was a fine performance from Slashers; Karl Murray, Keelan Cox and Johnny Casey were all excellent in defence with their keeper Conor Gallagher making some vital saves to prevent Clonguish Gaels scoring a goal.

In the forward line Eoin Donnellan scored 1-4 with Reuben Murray also getting vital scores as the sky-blues now look forward to the title decider against Wolfe Tones Mostrim in a few weeks time.