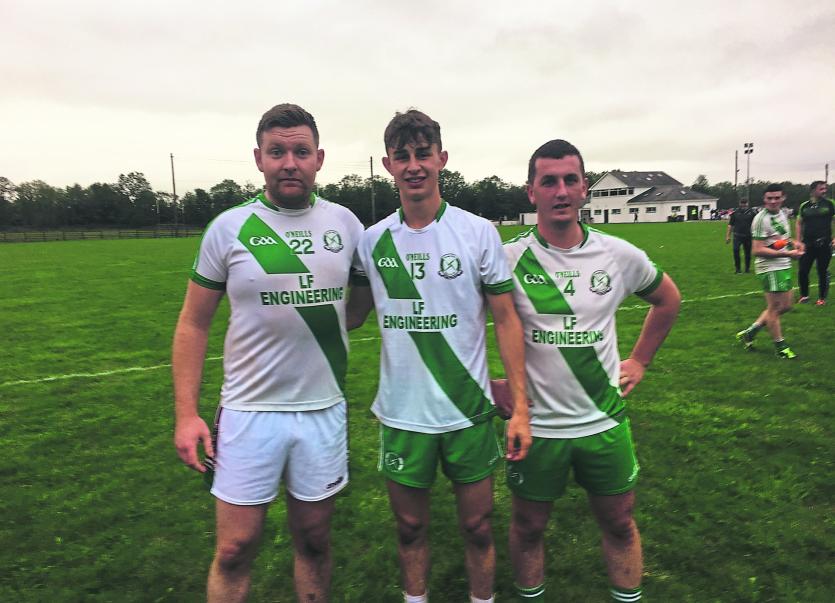 St Brigid’s battled back to beat their neighbours Kenagh at the Clonbonny grounds, Lanesboro on Sunday evening last as the Killashee side clinched their place in the last four of the Intermediate Football Championship.

The experience of the Killashee men was the difference as the 2016 Intermediate title winners were able to grind out a win over last year’s Junior champions Kenagh.

The introduction of substitutes Emmet Skelly and Mark Rossiter made the desired impact as Skelly started orchestrating things in the middle of the park while Rossiter’s tidy finish to the net put the game beyond any doubt at the end.

For the second week in a row, Kenagh looked poised for victory coming into the second half but another poor final quarter where Killashee kicked six unanswered points resulted in their downfall.

Enda McGann’s side will be disappointed because they probably deserved something out of their two games but at least their status in the Intermediate Championship is safe with no relegation this year.

The first half was very entertaining, with both sides knowing what was at stake, and they attacked at a fierce pace.

Kenagh started the brighter as their young guns ran at the heart of the Killashee defence winning a number of frees which were all converted by the McGann brothers. On the other hand, Cillian Lee’s role as an attacking wing back for Killashee caused lots of problems for Kenagh.

Minor Keelin McGann set up an easy finish for Shane Doyle for the first goal of the game as he intercepted the ball in Killashee’s half and caught their defence sleeping.

McGann’s older brother Thomas then surged forward and the centre-half-back sidestepped opposing keeper Pat Farrell and finished cooly to the net after a great run to leave Kenagh in a commanding position by the first water break, 2-2 to 0-2.

Killashee half backs Cillian Lee and Johnny Casey provided the platform for the comeback, driving at the Kenagh defence and resulting in scores for Lee (2) and Willie Skelly.

Kenagh were still leading by five points but Killashee got right back into contention with 1-1 from full-forward Chris Dineen in additional time.

The powerful full-forward fired over a long range score before punching in a pass from Dylan Farrell to leave St Brigid’s trailing by just a solitary point at the break, 2-4 to 1-6.

A terrific tussle developed in the third quarter as the sides were level four times. Dylan Farrell kicked two wonderful scores either side of a Keelin McGann free, directly after the interval. Substitute Emmet Skelly and his brother Willie then traded scores with Kenagh corner-forward McGann as the sides couldn’t be separated.

But after the second water break St Brigid’s blitzed Kenagh to score six unanswered points in a devastating 7 minute spell that paved the way for victory.

Chris Dineen (mark), Willie Skelly (3f), James Willis and superb wing back Cillian Lee kicked the scores as they built up a considerable lead in the closing stages.

Kenagh chased the game at the end with scores from Keelin McGann and Shane Doyle but Killashee held on and struck a late killer blow with a goal from Mark Rossiter.