Longford SFC: Mullinalaghta turn on the power in the second half to rattle Rathcline 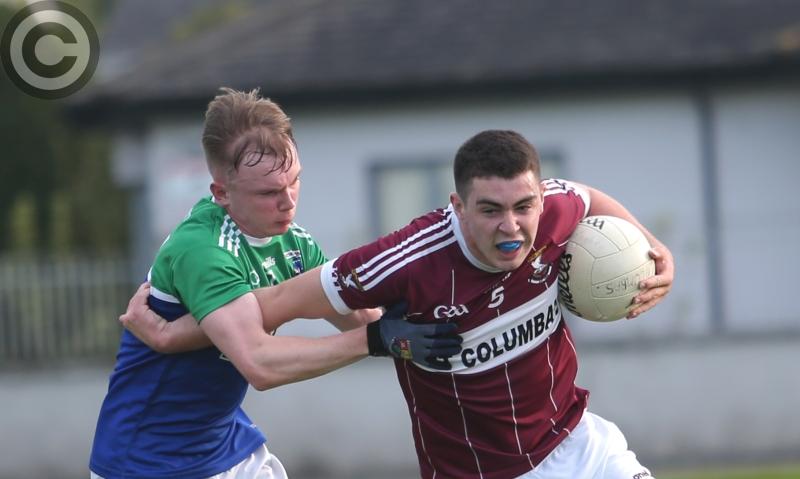 Connor Leonard on the ball for Mullinalaghta in this tussle with Rathcline opponent Dylan Glancy. Action from the SFC Round 2 game at Leo Casey Park on Saturday evening Picture: Syl Healy

While Mullinalaghta are safely through to the Senior Football Championship quarter-finals they had to wait until the second half to eventually assert their superiority over Rathcline in the Group 1 clash at Leo Casey Park, Ballymahon on Saturday evening.

St Columba’s were poor in the first half and were reduced to 14 players just before the break after James McGivney was sent-off when he received a second yellow card, at which stage the sides were on level terms, 1-7 to 1-7.

But Mullinalaghta turned on the power on the changeover to rattle Rathcline and won by the wide margin of 13 points in the finish with their four goals coming from Donal McElligott, Gary Rogers (penalty) with Patrick Fox and John Keegan finding the net late in the game.

Credit to Rathcline for putting it up to Mullinalaghta in the first half and they can take some positives from this match as they prepare for a must win showdown against Colmcille next weekend to determine who joins St Columba’s in the last eight.