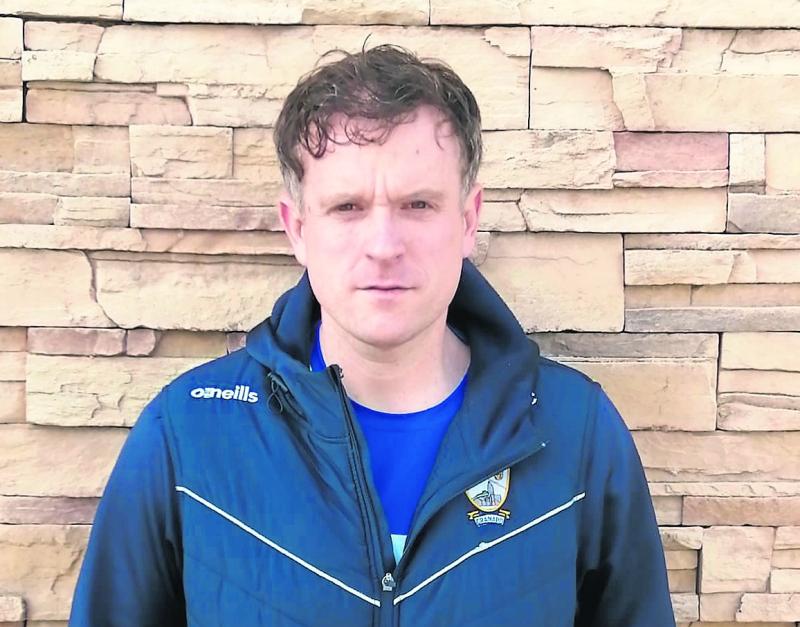 Monaghan native Ryan Casey, in his second season as the manager of the St Mary's Granard senior football squad

Inspired by class act Darren Gallagher who was majestic at midfield, Granard produced a tremendous performance in coming from five points down to score a surprise win over Abbeylara at C&D Devine Park, Edgeworthstown on Saturday evening.

After drawing with Dromard in the opening round the previous week, St Mary’s built on that positive result to book their place in the Senior Football Championship quarter-finals and were full value for what in the end was a convincing six points win over their stunned neighbouring rivals.

Granard looked in trouble when Cian Brady scored the Abbeylara goal midway through the first half to leave his side in a comfortable 1-3 to 0-1 lead but for the remainder of the match it was all about Granard who showed a fierce desire to emerge victorious.

The gap was closed to just the minimum of margins at the break (1-3 to 0-5) and the comeback continued in the second half with Liam Sullivan pouncing for a decisive goal after receiving the perfect pass from the outstanding Darren Gallagher who just could not be stopped.

With seven minutes gone on the changeover, mighty St Mary’s were now 1-7 to 1-4 ahead and added another five points to their emphatic tally to run out richly deserved winners.

Abbeylara finished up with 14 players on the pitch after defender Cormac Smyth was sent-off in the closing stages of the game (55th minute) after dragging down Darren Gallagher, at which stage Granard were 1-9 to 1-4 ahead.

The pressure is now on Abbeylara who must defeat Dromard in the final group fixture next weekend to make it through to the quarter-finals but will be boosted by the return of Connor Berry who was suspended for the game against Granard.