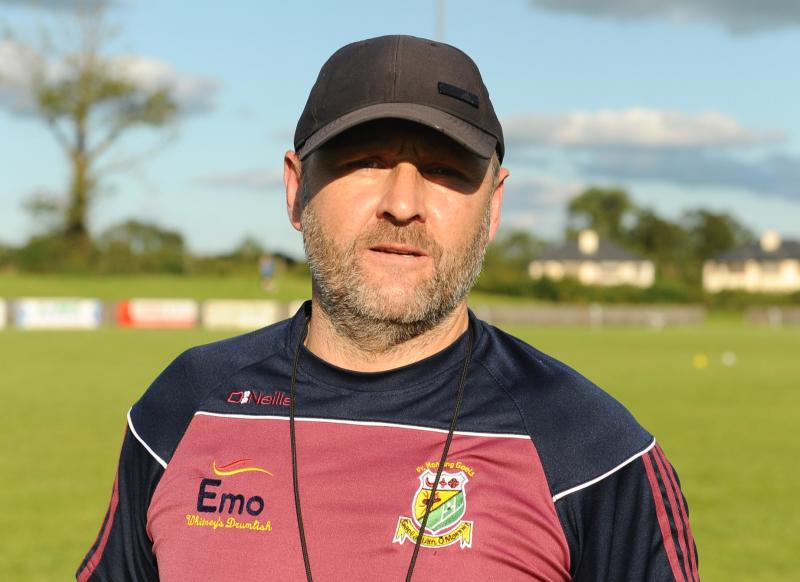 Fr Manning Gaels manager Jack Lynn, who guided his side to a great win over Carrickedmond in the SFC Round 2 game at McGann Park, Kenagh on Friday night Pic: Declan Gilmore

After suffering a heavy defeat against Longford Slashers in the opening round the previous week, gutsy Fr Manning Gaels showed a lot of spirit in a terrific team effort in bouncing back to beat Carrickedmond in the Senior Football Championship second round clash at McGann Park, Kenagh on Friday night.

It was a cracking contest with little separating the sides until the Gaels struck to score the decisive only goal in the closing stages of the second half. Martin Cassidy and Conor Keenan linked up to create a clear-cut chance for Ryan Crowe in the 54th minute and he made no mistake in flicking the ball to the net from a few yards out.

There was no way back for a rattled Carrickedmond who were now 1-12 to 0-11 adrift and while they did close the gap with a point from Sean Kelly, time ran out for Stephen Coy’s side who must now beat Slashers in the remaining Group 3 fixture next weekend in their quest to qualify for the quarter-finals.

The Gaels, on the other hand, will be hoping that Slashers avoid defeat and if that happens then the Drumlish/Ballinamuck side, the 2019 Intermediate champions, will reach the last eight in the Connolly Cup under the guidance of manager Jack Lynn.