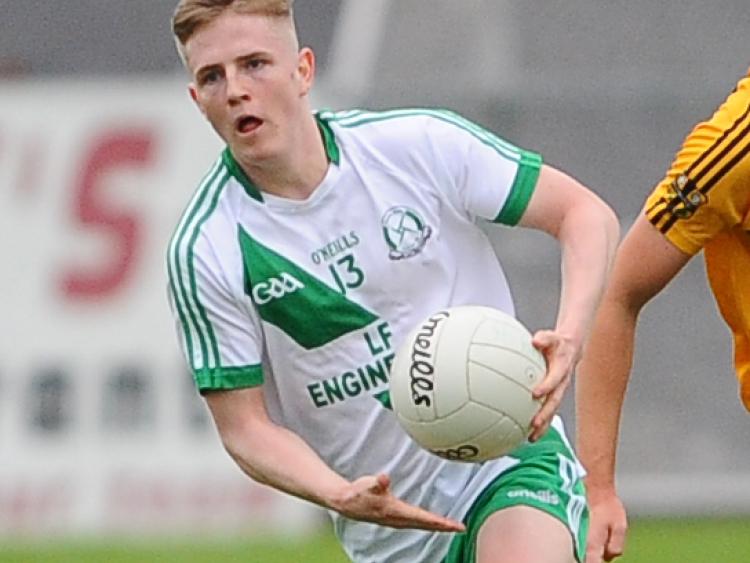 Building on a great start to lead by 0-5 to 0-0 with just nine minutes gone in the game, Killashee beat Ballymore in the Intermediate Football Championship first round clash at Maguire Park, Ballinalee on Saturday evening last.

Ballymore were always going to struggle without the driving force of the unavailable Bernard McElvaney at midfield, although they were given a glimmer of hope when his cousin Donal struck for a great goal in the closing stages of the first half.

Thus St Brigid’s, with Johnny Casey gone off injured, had to be content with a four points advantage at the break (0-10 to 1-3). The impressive Darren Carberry and Francis Dolan accounted for eight of the scores in the first half, the highlight of which was a glorious individual effort from Carberry.

Willie Skelly also fired over a couple of points for Killashee while the other Ballymore scores came from Damien Monaghan (2) and Glen Kelly with the latter converting another free in the early stages of the second half before he was forced to retire injured.

The comeback continued with further points from Damien Monaghan and Kiel Dempsey to close the gap to just the minimum of margins (0-10 to 1-6) but Ballymore suffered a setback when they were reduced to 14 players in the 40th minute after David Reilly received a black card.

Killashee recovered from their slump with a point apiece from Willie Skelly (free) and substitute Mark Rossiter, the latter replacing Darren Carberry who sustained a serious elbow injury which will rule him out of the crunch clash against Kenagh this weekend.

Ballymore kept in touch with a brace of points from Damien Monaghan frees but St Brigid’s produced a strong finish in adding another five scores to their fairly emphatic tally through Dylan Farrell, Rossiter, newcomer Chris Dineen, Cillian Lee and substitute Ger Evans.

Donal McElvaney kicked over a late consolation point for Ballymore who are now facing a real uphill battle in the group stage with a very difficult  game in the next round against Ballymahon.

Best for St Brigid's were Keelan Cox, the Lee brothers Quentin and Cillian in defence, Michael Farrell at midfield with Darren Carberry, Jack Magan and Francis Dolan most prominent in attack.