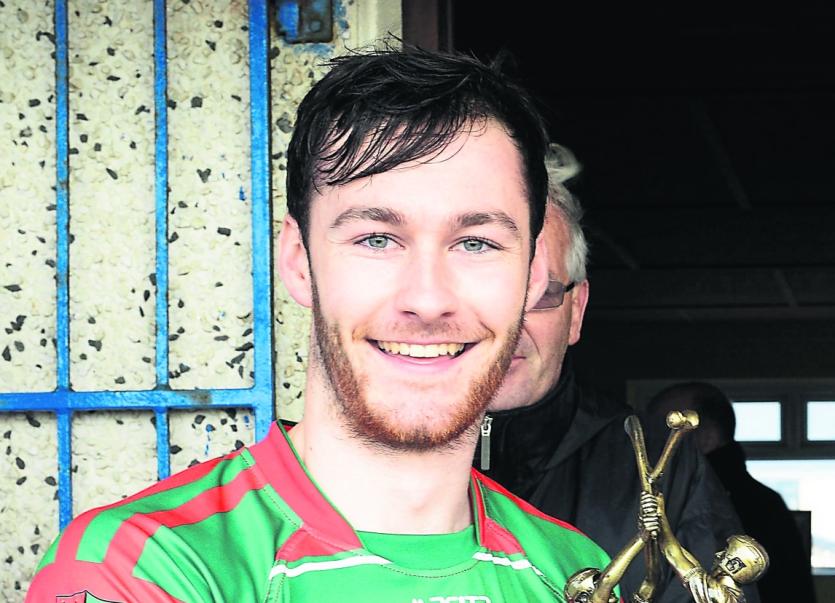 John Mulhern, who scored 1-9 for Wolfe Tones in their win over Clonguish Gaels in the senior hurling championship

A strong start and finish from Wolfe Tones Mostrim saw them record a five point win over reigning champions Clonguish Gaels in the Senior Hurling Championship first round game at Michael Fay Park on Saturday evening.

Clonguish Gaels had to play most of the second half with 14 players after David Buckley was sent off after receiving a straight red with four minutes gone on the changeover.

Wolfe Tones raced into a six point lead inside the opening 15 minutes but credit to Clonguish they got back into the game thanks to Joe O’Brien and had cut the gap to two at the break, 1-5 to 0-6.

John Mulhern scored the crucial goal for the Edgeworthstown side and he ended up with the impressive total of 1-9 with the equally accurate O’Brien shooting likewise for Clonguish Gaels.

There was one between the sides in the 38th minute but Wolfe Tones were able to get scores and despite conceding a late penalty, converted by Joe O’Brien for a goal, they were able to consolidate their lead.