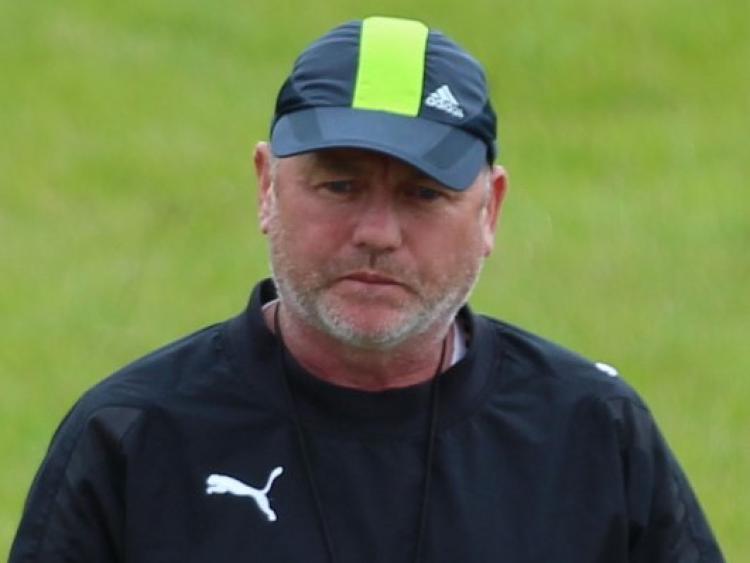 Mickey Harkin, the manager of the Abbeylara senior football squad

Obviously inspired by their fine win over Mullinalaghta the previous week, Abbeylara produced a strong second half performance to overcome Longford Slashers in the All County Football League Division 1 clash at Fay Park on Friday night.

Slashers were left to rue a couple of glorious goal chances in the first half, including a penalty which was booted over the bar by Barry Gilleran, and had to be content with a slender 0-7 to 0-5 lead at the break when they should have been further in front.

Abbeylara suffered a significant setback when midfielder Conor Berry was forced to retire injured with just nine minutes gone in the game but they gradually got on top on the changeover to shoot the impressive total of twelve points.

Slashers faded right out of contention despite the boost of a goal from Peter Lynn midway through the second half which left them leading by 1-7 to 0-9. Lynn got injured in the process of planting the ball in the back of the net and was replaced by Colin Smith who has returned to play with the sky-blues this season.

Abbeylara regained the lead with a point apiece from Kevin Smyth and Cian Brady before the water break and while Andrew Kelly converted a free to leave the sides all square again the final quarter of the contest was dominated by the visitors.

Slashers meet Fr Manning Gaels in the first round of the senior championship on Saturday August 8 with plenty of room for improvement while Abbeylara will begin their Connolly Cup campaign against neighbouring rivals Granard a week later.