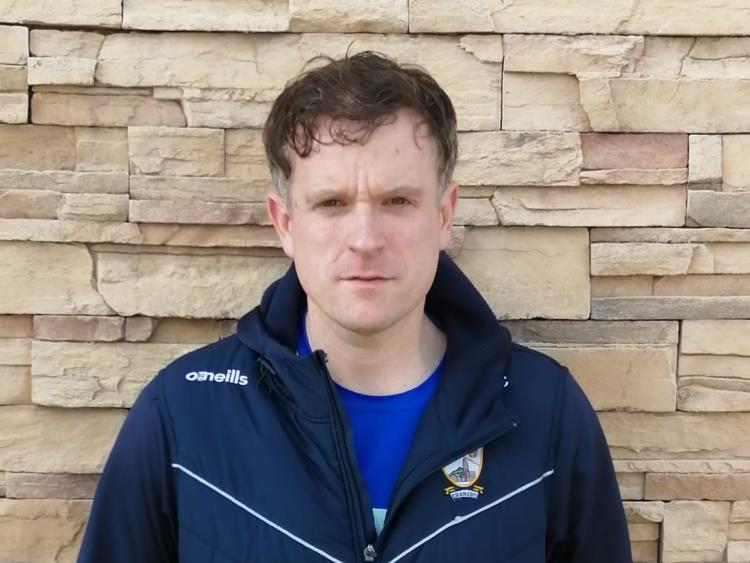 Monaghan native Ryan Casey, in his second season as the manager of the Granard senior football squad who play Dromard and Abbeylara in the group stage of the 2020 championship Pic: Matt Smyth

The absence of the inspirational Darren Gallagher proved to be a massive blow for St Mary’s who had to endure a fierce struggle in the group stage of last year’s senior football  championship but the north Longford club will be hoping for better things to come in the current Connolly Cup campaign.

After spending last summer in the United States, powerful Longford midfielder Gallagher is back on board to lead the Granard challenge for a possible place in the quarter-finals of the 2020 county championship as the learning curve continues for a generally young team.

Monaghan native Ryan from Newbliss, a pharmacist operating a chemist shop in the town of Granard for the past seven years and who lives in Gowna, is now in his second season as the St Mary’s manager and working alongside trainer Ger Carberry.

Casey and Carberry teamed up to coach the Longford U-17 footballers to success in the Leinster Minor Shield competition a couple of years ago, beating the might of Dublin in the exciting final at Glennon Brothers Pearse Park.

Granard are a proud club with a tremendous tradition, having won the senior football championship a total of 11 times, and the present crop of senior players are showing some promise based on their Division 2 league title triumph last season along with the winning of the Patsy Reilly Cup.

“It is very much a rebuilding process with a young Granard squad who are learning all the time and hopefully we can make a good impact in the championship.

“Apart from the major loss of Darren Gallagher last year, we were also badly hit by injuries to some of our other experienced players but things are in a better place now.

“I would rate Darren as one of the top scoring midfielders in the country, a real leader for the club who can inspire the younger players with his driving force.

“We are pitted in probably the toughest group against such experienced teams as Dromard and Abbeylara and it will take a huge effort to make further progress.

“I am not a fan of defensive football and with the quick pace of youth on our side we will endeavour to play a fast, open game of football and see where that will take us.”

Granard’s first competitive senior fixture in the Covid-19 delayed season is against county champions Killoe in the Division 1 league at Higginstown this Sunday, throw-in 12.30pm.

“It is a great boost to be back playing in the top flight of the senior league after gaining promotion last season and playing a quality team like Killoe is the ideal preparation for the first round of the championship against Dromard the following weekend.

“Mullinalaghta have raised the bar to a very high level in recent years and with Cian Mackey now with the club they are rightly regarded as the favourites to win the county title.

“They will take some stopping with six inter-county forwards and in my opinion the Mullinalaghta attack are stronger than the Kilcoo attack that fired the Down and Ulster champions so close to winning the All-Ireland club title last season.   Ryan Casey is naturally delighted that gaelic games is back but is urging caution amid the coronavirus pandemic that has not gone away

“We continue to be very careful at training sessions and the return to play is a great lift for all concerned.

“Our players are delighted to be back in action and I feel that the GAA handled this so serious issue very well.

“Let us not forget that the outbreak of the coronavirus has been horrendous for a lot of families,” concluded Casey.