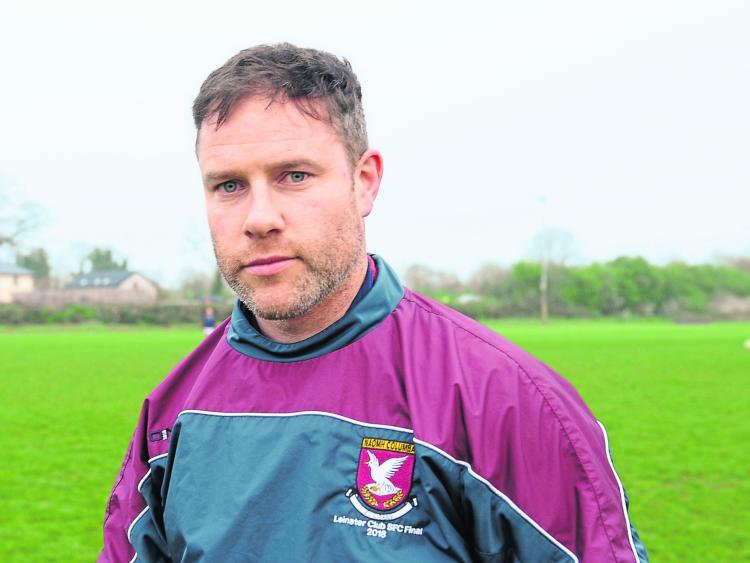 As the GAA clubs around the county gradually get back to some sort of normal in dealing with the coronavirus pandemic that has not gone away, the focus is firmly fixed on the forthcoming senior, intermediate and junior football championships along with the battle for senior hurling glory.

Between the training sessions and the staging of several challenge games, the players are showing a lot of enthusiasm despite the fears of a second surge of the dreaded virus in a world turned completely upside down.

While the county team will have to wait a while for a return to action, starting with the rearranged National League Division 3 fixture away to Derry on October 17/18, it is full steam ahead for the clubs with Mullinalaghta very much the main contender for the county SFC title.

Still hurting from the shock of losing to Colmcille at the quarter-final stage last year when the dream of completing a record equalling four-in-a-row was shattered, the signing of former Cavan star Cian Mackey from Castlerahan is a major boost for St Columba’s in their quest to regain the coveted Connolly Cup.

And with former Longford players Kevin Mulligan and JJ Matthews back home after returning from their stay in the United States for the past few years, the so talented Mullinalaghta squad is strengthened even further and they are unquestionably the firm favourites to be crowned the kings of the county once again.

Finbar O’Reilly from Lacken in Cavan is the manager of St Columba’s for a second season, having guided the north Longford club to a senior league double last year with the winning of the Leader Cup and the Division 1 league title.

Mullinalaghta meet neighbouring rivals Colmcille in the first round of the 2020 championship with the promise of another cracking contest on the weekending Sunday 9 August while also pitted in Group 1 are Rathcline, backboned by quite a few current county senior players.

A difficult task nonetheless for the Lanesboro outfit who were relegated from the senior grade last year along with St Mary’s Granard but both were given a reprieve to retain their top flight status.

That was great news for the Intermediate clubs in what now appears to be a wide open championship in the battle for the Hennessy Cup.

Fr Manning Gaels were the convincing winners of the second tier county title last year on their return to the senior championship and they are facing a stern test against Carrickedmond (under new manager Stephen Coy) and last year’s beaten finalists Longford Slashers in Group 3.

The title holders Killoe Emmet Og, with Thomas Donohoe back in charge, are pitted in the tough looking Group 2 alongside Clonguish and Mostrim and one of these clubs will fail to qualify for the quarter-finals.

Athlone native Dessie Dolan senior is the new Edgeworthstown manager and is certainly no stranger to Longford club football after coaching Ardagh, Killoe and Ballymahon in the past.

Clonguish are coached for a second consecutive season by former Roscommon footballer John Rogers from Strokestown who also played soccer in the past with Longford Town in the League of Ireland.

There will be a lot of interest in the local derby clash between Abbeylara and Granard in Group 4 which also includes Dromard and one would expect a very competitive battle to determine what two clubs will progress to the last eight.

Replacing Niall Sheridan as the manager of Dromard this year is Padraig Brady from Mullahoran. Big Niall is now in charge of Ardagh Moydow who are expected to make a big impact in the 2020 Intermediate Championship.

Ballyleague man Ray Curley is back for a second stint as St Brigid’s boss after guiding the Killashee club to Intermediate championship glory in 2016.

Games in the Division 1 and 2 leagues are set to start the Covid-19 delayed 2020 season over the weekending Sunday July 26.

The Longford Senior Football Championship Final is scheduled for Sunday September 27 with the Intermediate title decider apparently set to be played the same weekend.

The top 2 teams from each Group (Rule 6.21 to determine placings in the event of teams finishing equal on points at the conclusion of the round stages) will progress to the quarter-finals (which will be decided on the day - no replays), and the pairings will be decided by open draw.  There is no relegation in the senior football championship this year.

The solely junior clubs Grattans and Legan will battle it out against the second strings of the senior and intermediate clubs for the championship title.

Top two teams in each group qualify for the quarter-finals