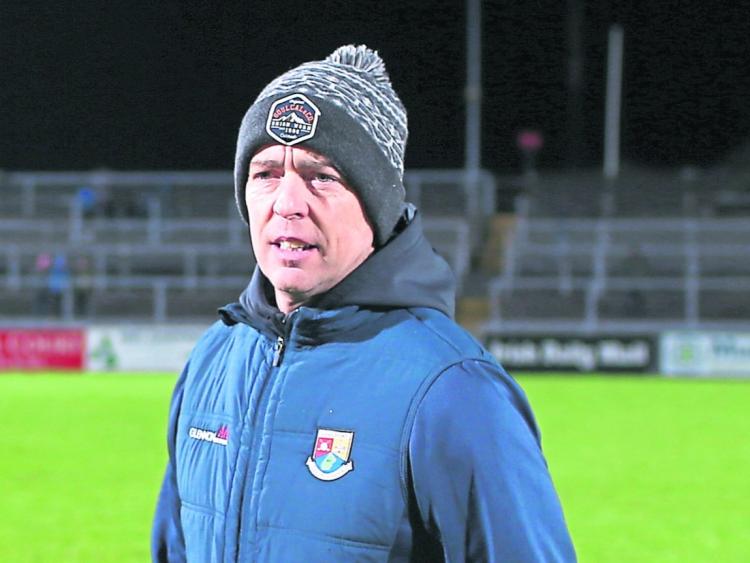 After seeing his side record a five point win over Tipperary on Sunday last,  Longford manager Padraic Davis spoke of his delight at the score his side put up.

“We have played well particularly on the front foot. We have put up a big score and obviously happy with that. To keep them to seven points. We’d be very happy. To keep them to 10 scores. I suppose we left them in it. We gave them three opportunities to come back at us but I think when it mattered in the last 7/8 minutes plus the injury-time.

“I think we managed the game very well; kicked a couple of frees and Oran (Kenny) got a very good score. I think they deserve great credit for that. We have to be very happy with our performances to date.”

The win on Sunday consolidated Longford’s place in Division 3 for next year and keeps their promotion hopes alive. Courtesy of their recent win over Longford, Down have leapfrogged Longford into second place in the table on the head-to-head result between the counties.

Davis said: “We are still in the hunt for promotion but we are clearly not the second favourites to Cork. They may yet still be a twist and a turn in it. Leaving that aside over the course of the pre-season competition and our National League to date we have done well.

“One of our best performances was up in Newry. In fairness to the lads they have performed. They have to be very happy with their lot.”

Davis was disappointed to see his side concede three goals on Sunday but was delighted with the response from his side every time Tipperary raised the green flag.

“That is great to see and we have replied three times. They keep showing the character and resolve that they have.

“We can’t ask for a whole lot more than that. We know that when we come under pressure they will respond. That is part and parcel of the game and there is a resilience and resolve there.”

Once again Longford’s experienced players played their part in the win but it was youngster Oran Kenny who was top scorer with 1-2. There is a good blend between youth and experience.

“Our senior players try to improve all the time. They deserve great credit for that. There is a great blend, balance but above all there is a fantastic spirit in that dressing room. It’s a great place to be now. They are giving us everything,” stated Davis

After losing to Down in their previous game Davis was hoping for a response from his side on Sunday and he got just that.

“We got a response and we got one against a team that has been in Division 2 and it’s only a few years since they were in the All-Ireland semi-final.

“We have to be happy with that. We put up a big score and deserved to win. Overall we are very pleased but we have work to do,” said the Longford boss.