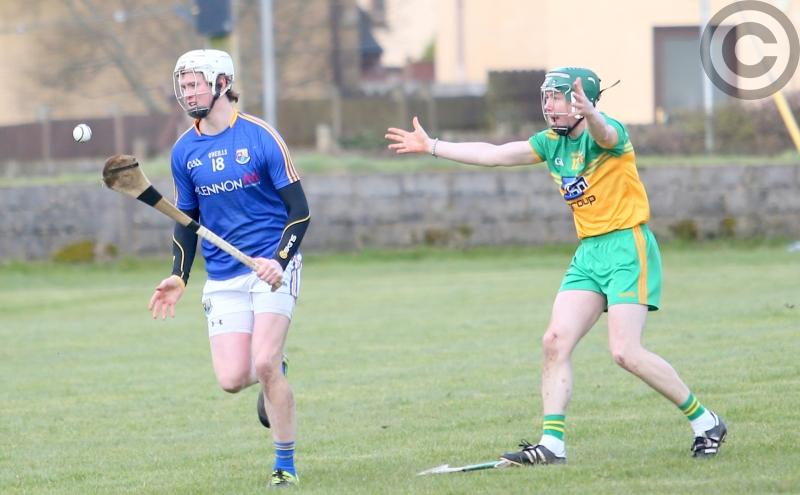 Alan Ward pictured in action for the Longford hurlers against Donegal in the National League Division 3A game at Michael Fay Park on Sunday Picture: Syl Healy

Longford hurlers league title hopes were dashed in the defeat against Donegal in the final Division 3A fixture at the Slashers grounds, Michael Fay Park on Sunday.

Both sides knew coming into the game that a win could see them make the league final and it is Donegal will now face their Ulster rivals Armagh in the title decider after the Orchard County drew with Tyrone in their final fixture.

It has been a very good league campaign for Longford who beat Monaghan and Louth and drew with Armagh. The last time the county hurlers played in Division 3A they failed to pick up a single point.

Playing with the wind in the first half Longford were ahead by one at the break: 0-11 to 0-10. Donegal had a lot of chances in the first half, shooting 11 wides, but  they were a different proposition in the second half and really upped their performance to run out comfortable winners in the end.

Longford now look ahead to their Nicky Rackard Cup championship campaign and a first round group game against Armagh in nine weeks time.