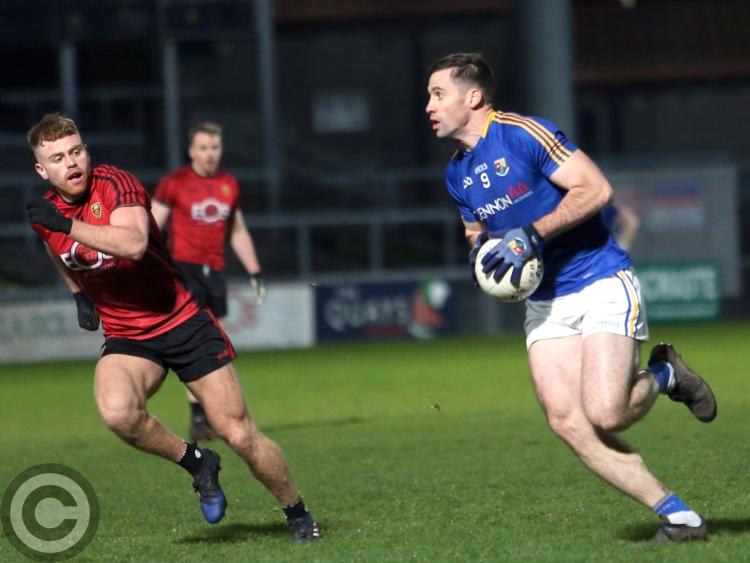 Despite the narrow defeat against Down in Newry on Saturday evening last, Longford are still in contention for promotion in the very congested Division 3 with four counties currently locked together on five points apiece.

With winless Leitrim (v Offaly) and Louth (v Derry) losing yet again last weekend, Longford would appear to have no relegation worries and the pressure will be off to a certain extent when they take on Tipperary on Sunday, throw-in 2.30pm.

Glennon Brothers Pearse Park is the venue for this crucial game but even with home advantage the midlanders will be hard pressed to pick up the vital points against the Munster opposition.

Star forward Michael Quinlivan may be missing this season but Tipperary, under the guidance of new manager David Power, are still a strong outfit with key players in Steven O’Brien, Jack Kennedy and Conor Sweeney.

Tipp produced their best performance of the league campaign so far in clocking up the very impressive total of 21 points against Cork in the last round in Thurles but still ended up losing to the league  leaders who scored 3-13 to come out on top by the minimum of margins in a cracking contest.

Cork, the only unbeaten team in Division 3 with full points from four fixtures, actually trailed by five points in the early stages of the second half at Semple Stadium but scored a couple of crucial goals to get right back in contention.

A fierce battle has materialised for the second spot with Longford, Derry, Offaly and Down only separated by scores difference while Tipperary are stuck on three points and in need of a win to pull away from the drop zone.

A most interesting situation indeed and Longford manager Padraic Davis will be hoping for a positive result on Sunday in the Division 3 minefield.