Longford manager Padraic Davis disappointed to leave Newry with nothing

Home to Tipperary in Round 5 of the NFL on Sunday 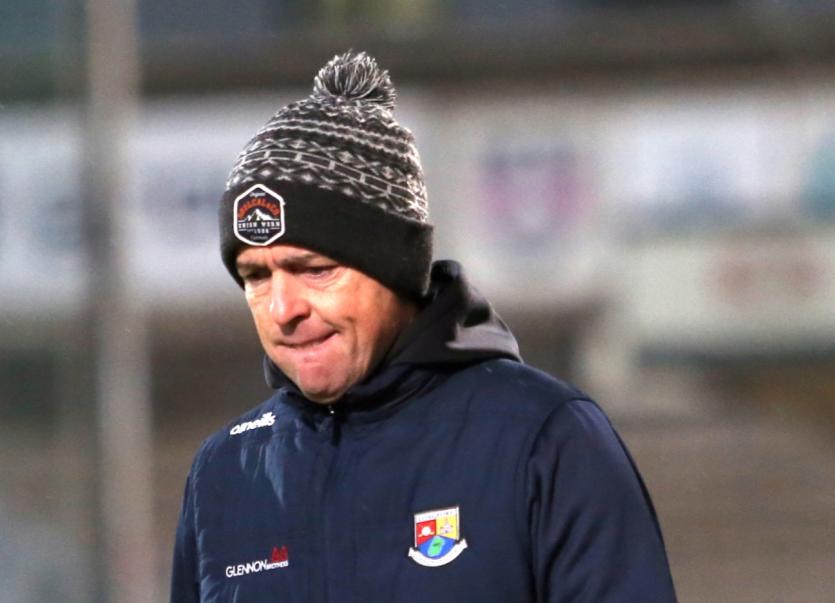 Longford manager Padraic Davis praised his side for their battling performance against Down in Newry on Saturday evening last but said the start the home side made to the second half helped them on their way to victory.

“The first 15 minutes of the second half was when we spent the entire 15 minutes chasing the game and had taken a lot out of us. There is no doubt about it. We couldn’t get our hands back on the ball for whatever reason.

“We needed that 1-1 that we hit them with to get back into the game. They’ve battled hard. Sometimes you have to stand back and admire them for that. We are disappointed there is no doubt about it.

“I think we have certainly given Down a great opportunity now if they can manage to win their way home. They’re in a great position for promotion.”

Longford were dealt a huge blow before the game with Rian Brady ruled out with a chest infection. Daniel Mimnagh had been unable to start while Brady’s replacement Peter Lynn had to go off injured after 23 minutes. Davis bemoaned the loss of these players.

“We have been very lucky all year. We have all documented that. We have got a really good run in terms of avoiding injuries.

“Rian Brady is a huge loss, Daniel Mimnagh a huge loss but then Peter Lynn comes in, does a really good job and then we have to take him off. I think everybody has done very well against Down and we have to give them credit.”

Although disappointed with losing the game the Longford boss was looking for positives to come out of the defeat.

“They’ve done a lot right here against Down. To come here and score 1-14 which is very difficult to do and it takes at least 18 points to beat that.

“It was the second goal that has killed our chances. We had to go and hit the net again, there was no way we were going to score four points to win the game. Try as they did they haven’t done it.”

When the game was in the melting pot Down manager Paddy Tally made a few changes with one of his substitutes, James Guinness, scoring the decisive goal.

Davis said: “This was a massive game for them. They were gone had they lost here tonight, in terms of promotion. They certainly have targeted promotion over the last couple of years. It was a championship match really. They want to get back into Division 2, as we all do.”

Longford are on 5 points in the table alongside Down, Cork are ahead on 8. Longford have Tipperary at home on Sunday in what is a massive game.

“Sometimes in defeat you have to take a lot of encouragement out of it. We will pick it up at training this week and we are then ready for Tipperary. We just have to move on quickly,” stated Davis.