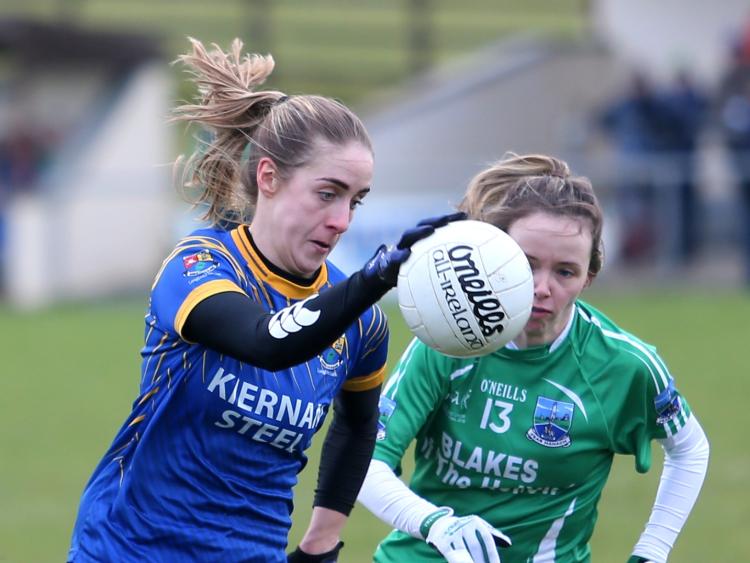 Michelle Farrell on the attack for Longford against Fermanagh. Action from the Ladies Football National League Division 3 game in Newtowncashel on Sunday last Picture: Syl Healy

Longford ladies suffered a second defeat in a row when they lost out by four points against Fermanagh in the National Football League Division 3 game played at Pairc Chiaran, Newtowncashel on Sunday.

The game changed in a five minute spell between the 53rd and 58th minute due to some terrible refereeing decisions. With the game level, 0-8 to 1-5, Emer Heaney got through and was clearly fouled before she kicked the ball over the bar but Down referee Declan Carolan blew for overcarrying.

Fermanagh broke forward and looked to have conceded a free just in the Longford half but the official allowed play on and the Ulster county scored their second goal. They then added another point to go four in front and that was the final score in the game.