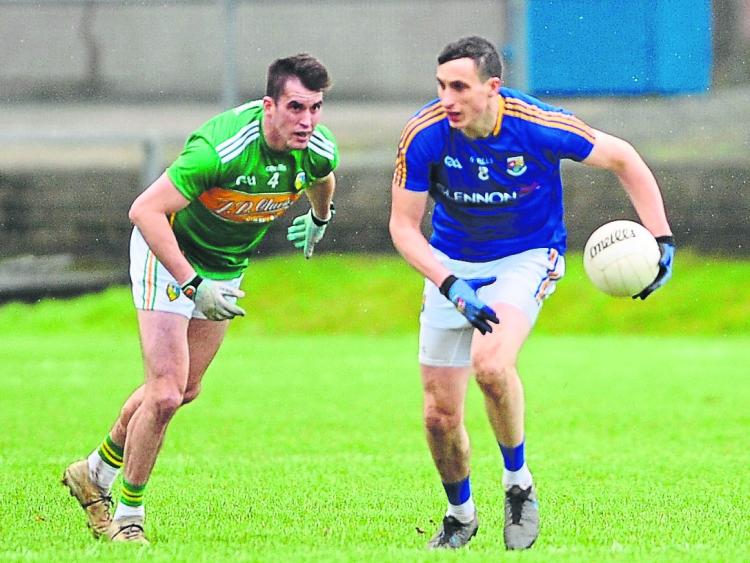 In a good position after collecting five points out of a possible six from their first three fixtures, Longford are heading to Newry this Saturday in the hope of extending their unbeaten run in the National Football League.

Wins over Louth and Leitrim and a draw against Offaly, a similar positive start to last year’s league campaign, might be enough to consolidate Longford’s Division 3 status for yet another season regardless of the results in the other four games.

There is not much talk of a possible promotion challenge from the Longford manager Padraic Davis at this moment in time but that will all change should his side succeed in knocking Down out in a crucial clash at Pairc Esler, throw-in 7pm.

Another victory will leave Longford as serious contenders for a coveted place in Tier 1 of the 2020 All-Ireland Championship, the major reward for getting out of the ultra competitive Division 3 league, but the midlanders are facing a difficult away task against one of the stronger counties.

Boosted by the brilliant achievement of Kilcoo in reaching the All-Ireland Club SFC final, losing to the Galway kings Corofin after extra-time, the state of Down football would appear to be in good health and promotion in the league was certainly the target.

Despite the 0-16 to 1-8 defeat by the Division 3 title favourites Cork in the previous round of the league, after trailing by the wide margin of nine points at one stage in the second half, the better news for Down boss Paddy Tally was a narrow win at home to Derry and a draw against Tipperary in Clonmel in the opening round.

So with those three tough fixtures out of the way, the general opinion is that Down will get the results they require from their other league games against the supposedly lesser teams in Longford, Louth, Leitrim and Offaly.

Having said that, the pressure is on the 2017 Ulster SFC finalists (losing to Tyrone) who really must beat Longford to remain on course for one of the two promotion places in Division 3.

The Down dangerman is undoubtedly Donal O’Hare, who will be pitted in the full-forward-line, and he inflicted most of the damage in the corresponding league fixture at Glennon Brothers Pearse Park in February last year.

The lethal attacker scored all three goals in the 3-7 to 0-8 victory twelve months ago, which rattled Longford’s promotion hopes, and O’Hare also caused havoc in the previous competitive clash of the counties.

Deadly Donal clocked up the most impressive total of 2-9 (eight frees) in Round 1B of the 2016 All-Ireland SFC qualifiers but still ended up on the losing side in that remarkable match in Newry.

Longford, with Denis Connerton in charge, eventually emerged triumphant in a thriller after extra-time (2-24 to 3-17) but it remains to be seen whether the current team are good enough to repeat that great result.

Padraic Davis deserves a lot of credit for guiding Longford into contention for a crack at promotion, just like he did last season, and is getting the best out of  a very committed squad.

The players have performed well to get into second position in the league table and will be quietly confident of springing a surprise at Pairc Esler in the knowledge that two more points will at least secure their Division 3 safety.