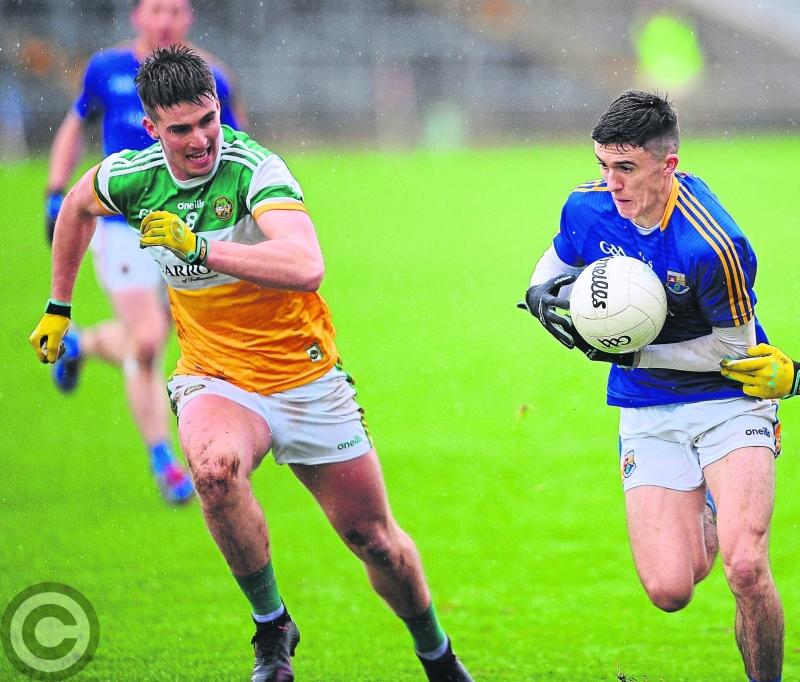 2020 O’Byrne Cup winners Longford will put their unbeaten league run on the line this Sunday at Glennon Brothers Pearse Park as they face Leitrim in round three of the Allianz National Football League.

Terry Hyland’s team registered a morale boosting draw away against Derry before succumbing at home to Cork  (0-9 to 1-15) and you can be sure that Leitrim will present a stern challenge to their neighbouring rivals.

Longford boss Padraic Davis will possess plenty of insight into Leitrim as he previously served as Mohill manager, guiding them to two Leitrim county titles and two county U-21 titles.

Giving his thoughts on Sunday’s match, he pointed out, “It’s a derby game. It’s 50/50 right now. We have three points on the board which we have to be very happy with and Leitrim has one point on the board. They’ll be looking to add to that.”

A victory for either county would ease their relegation worries significantly. And if Longford was to get the verdict it would position them as promotion contenders but with Derry, Tipperary, Down and Cork also in the division, there is lots of football to be played yet.

The experienced Donal McElligott returned to action for  the draw with Offaly, and the form of Darren Gallagher, Daniel Mimnagh, Dessie Reynolds, Michael Quinn and Rian Brady also provides Longford with reason to be optimistic.

Longford are difficult to beat at home and if Patrick Fox, Colm P Smyth, Gary Rogers and Iarla O’Sullivan can keep the Leitrim attack under wraps, then Longford can win it.

2015: The last time Longford and Leitrim met in the NFL

One has to go back to 2015 for the last occasion that neighbours Longford and Leitrim collided in the National League.

Five years ago the counties were plying their trade in Division 4 and the contest at Pairc Sean Mac Diarmada ended in stalemate: Leitrim 0-15 Longford 1-12.

Longford trailed by five points (0-11 to 0-6) at one stage but they rallied strongly, with Sean McCormack’s 67th minute goal putting them in front, 0-14 to 1-12. A  Ciaran Gilheaney point ensured a draw for Leitrim.

The counties also met in 2011 with Paul Barden’s goal proving decisive at Pearse Park with Longford winning by 1-8 to 0-10.