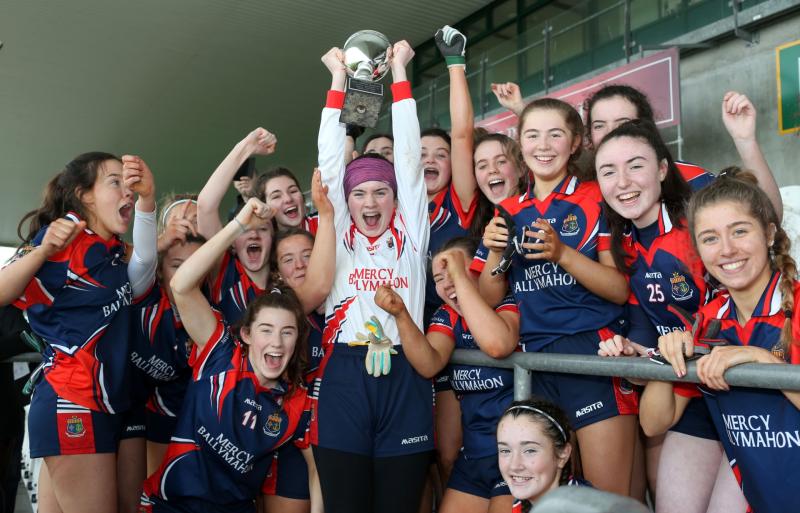 The cup that cheers....The Mercy Ballymahon ladies celebrate with the silverware following their victory over St Leo's Carlow in the Leinster Final Picture: Syl Healy

A goal separated the sides at the interval with the south Longford school leading by 4-5 to 3-5. Clodagh Lohan (2), Lauren McGuire and Melissa O’Kane found the twine for the impressive Ballymahon side.

Three minutes into the second half Mercy Ballymahon grabbed their fifth goal and although St. Leo’s cancelled out this score and battled bravely they were unable to reduce the deficit any further and Mercy marched onto become Leinster champions.

Clodagh Lohan starred and finished the hour with 4-2 to her credit and Lauren McGuire’s accuracy was another highlight as she amassed a tally of 1-9, five points from placed balls.