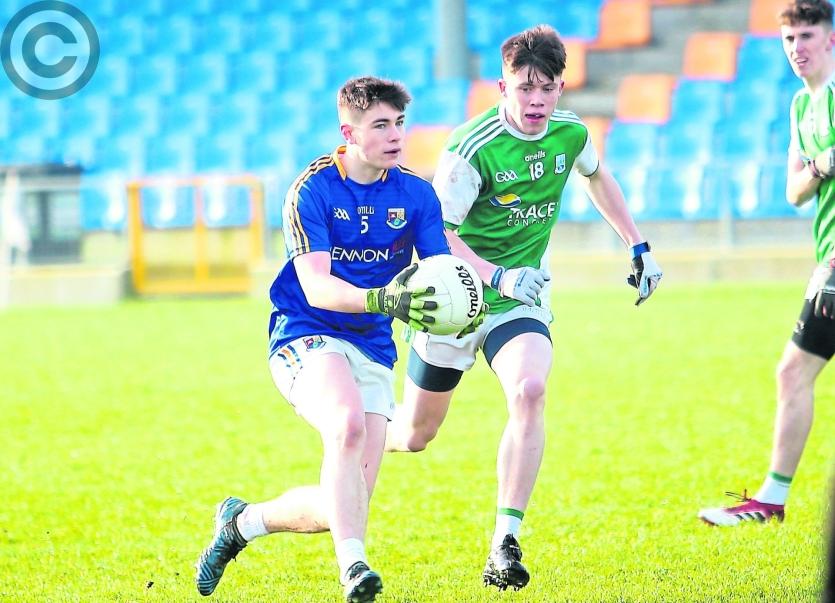 The understrength Longford U-20 side sealed their place in the Philly McGuinness Cup Development League Final following a hard earned draw against Fermanagh at Glennon Brothers Pearse Park on Saturday morning last.

With the Longford seniors playing Offaly in the O’Byrne Cup Final that afternoon, the U-20s were without Oran Kenny, Joseph Hagan, Eoghan McCormack and Aidan McGuire, while Richard Prior was injured.

Longford were dealt a blow in the 24th minute when forward Keelin McGann had to go off injured after suffering a facial injury following a late, off the ball challenge.

Longford will now face Monaghan in the U-20 League final at Philly McGuinness Memorial Park in Mohill this Saturday, throw-in 2pm.

Fermanagh made a promising  start to the game last weekend. At half-time they led by 1-5 to 1-2 and had been leading until the 59th minute when substitute Aaron Farrell found the back of the net to put Longford ahead by two.

A fisted effort from Padraig Joyce put three between the sides but in stoppage time Fermanagh got a goal to leave the sides deadlocked at the final whistle.