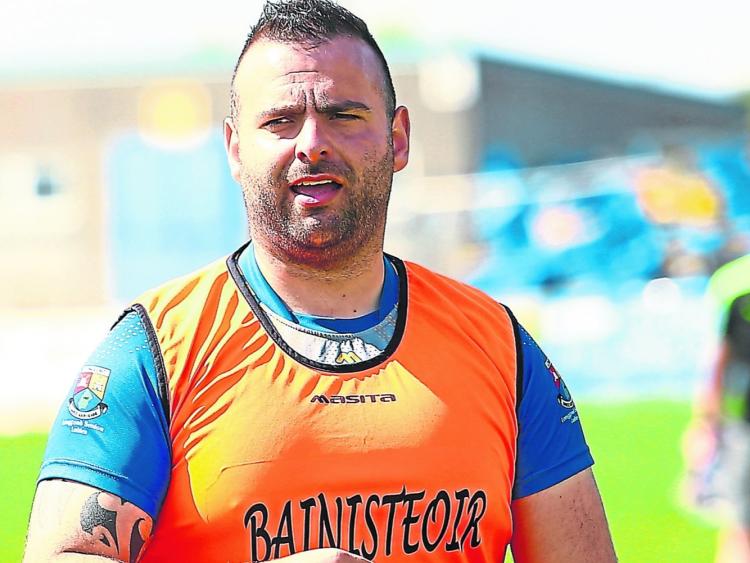 In his second year at the helm, Longford ladies manager Enda Sheridan is realistic about his side’s league ambitions Picture: Syl Healy

At the start of last year Longford Ladies manager Enda Sheridan admitted his side’s aim was to reach the Division 3 semi-final and they achieved that. This year, with a much younger panel of players, Sheridan is realistic about his side’s league’s ambitions.

Sheridan said, “The aim would be to remain in Division 3, be competitive but the goal this year is to be peaking come the Leinster quarter-final.

“In 2019 we probably peaked a little bit too early. We put too much emphasis on the league, all our energy went on the league whereas now we are looking at the bigger picture, which is obviously the championship.”

Division 3 will be very competitive. Laois, who were once a force to be reckoned with, were relegated from Division 2 and they’ll want to bounce back up.

Sheridan said, “Every team that is in Division 3 is there for a reason. It’s the same whether you are in Division 1 or Division 4, if you are in that division you are not going to walk it. There are very good teams in it.

“Sligo and Roscommon got to the All-Ireland semi-finals last year. Fermanagh were in the All-Ireland Junior Final last year. Laois then are coming down from Division 2. They have always been a force to be reckoned with in Ladies Football.”

Longford’s first game is at home to Down on Sunday (12 noon), part of a double header with the men who face Louth in Division 3 of the National League.

Sheridan is delighted that the Ladies once again will get the chance to play in their county ground; something that isn’t afforded too many counties.

He said, “It’s absolutely brilliant. Even last year all bar one home game was played in Glennon Brothers Pearse Park. We got massive support from the men’s side of things. There are a lot of counties at the minute that are not getting that luxury. We have got great backing from the men’s county board. It does mean a lot to the girls to play in the county ground. It has shown how far the ladies game has come.”

This is the Finea man’s second year in charge of Longford and he admitted he learned a lot from last year’s experience as a senior inter-county manager.

“Obviously last year was my first year as a senior inter-county manager. Whether it was the opposition, the lay-out of the league, championship and all that type of stuff, preparation too, last year was massive for me. Every day was very much a school day. I’d like to think going into this year that last year was a great lesson learnt.”

Longford have a young panel this year but many have years of experience and a number have All-Ireland U16 B and Minor B medals from last year.

The Longford boss said, “We have five girls over the age of 20 on our panel. We have three girls just out of U16; Rhiane McGrath, Grace Shannon and Lauren McGuire. They have been absolutely unbelievable. The talent that’s within Longford at the minute at that age group is excellent. Our aim is to have them playing at a level that in two to three years time we will be in Croke Park challenging for an All-Ireland Intermediate title and to get those girls playing senior football.”

Sheridan has a new look backroom team this year and one person he is delighted to have on board is Shane Mahon who comes on board as their Strength and Conditioning Coach.

Sheridan said, “One massive thing for us this year is getting Shane Mahon involved as Strength and Conditioning Coach. He has been excellent and the girls have really bought into it. We have 30 great girls who are like a group that have been together for 4/5 years. They have the hunger and desire to represent Longford at senior level.”

The Longford boss has ambitions but one thing he hopes to achieve with Longford is the players reaching their true potential and hopefully challenging for All-Ireland titles.

It’s not a short term project for Sheridan, he is looking at the future: “I’ve said this from day one and it’s the first time I’ve said it as a manager, I can see myself being here for the next few years. It definitely wasn’t going to be a quick fix job coming in. For as long as I am kept, I want to be there.

“I like the logic of football in Longford as a whole whether it’s men or women. They’ve this kind of small county doing big things and they are always punching way above their weight, but well capable of it. Hopefully in years to come we can reach the holy grail of senior football. I would love to have some part in it.”

Ahead of Sunday’s game Sheridan asked the Longford supporters to come in early and lend their support to the Ladies.

“For every player in every sport to have a good crowd behind you, is massive. If we can get a nice support in, even if it’s for the second half, just to cheer them on and get them over the line – if it is a tight game. It will make a huge difference. To play on your home ground any day is brilliant and to have it before the men’s game is massive.”

January 26: Home to Down

February 2: Away to Wicklow

February 9: Away to Laois

March 8: Away to Sligo

March 22: Away to Kildare

How Longford did in 2019: Reached the Division 3 semi-final and were beaten by the eventual winners Meath

Young players to watch out for: Niamh Brady and Orla Nevin