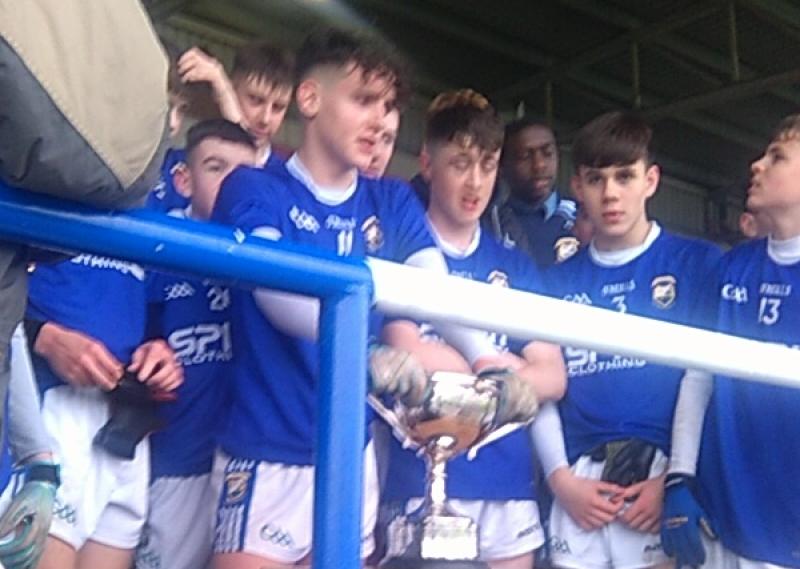 A brilliant start paved the way for another Leinster ‘A’ title triumph for St Mel’s College who scored a comprehensive win over Knockbeg College in the Post-Primary Schools Second Year ‘A’ Football Championship Final at O’Moore Park in Portlaoise on Thursday.

In what was formerly the provincial U-14 competition, St Mel’s collected this Leinster trophy for the second year in succession.

St Mel’s led by 3-6 to 2-5 at half-time with the goals coming from Conor Murray (1st minute) Paddy Moran (5th minute) and Andrew Flynn (24th minute) and added another 1-8 to their most emphatic tally in the second half to run out easy winners.

The killer fourth goal was scored by Moran in the early stages of the second half after Knockbeg had staged a comeback with a couple of goals before the break.