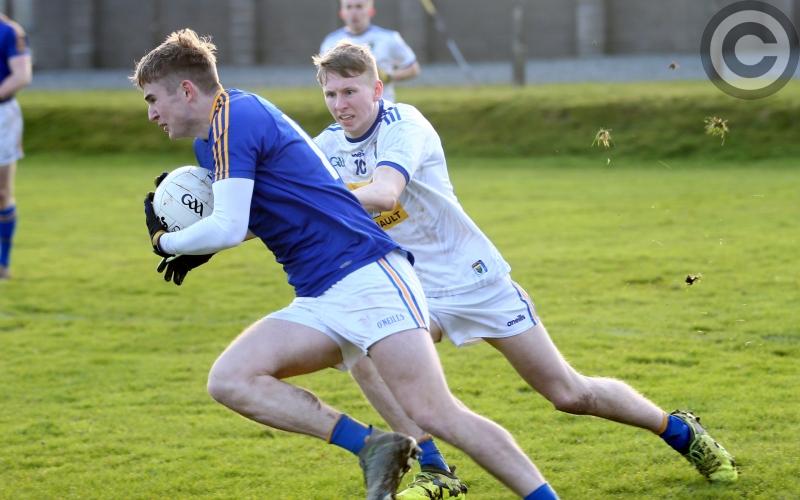 Dessie Reynolds on the attack for Longford against Wicklow. Action from the O'Byrne Cup senior football tournament Round 3 game in Aughrim on Saturday last Picture: Syl Healy

It may only be the O’Byrne Cup but playing Dublin is always a big attraction and Longford will be hoping to spring a surprise in the semi-final at Glennon Brothers Pearse Park this Saturday, throw-in 2pm.

Dessie Farrell’s first game in charge of the Dublin senior football squad adds considerable extra interest to this intriguing fixture with the winners advancing to meet Offaly or Westmeath in the Leinster senior football tournament title decider the following weekend.

It remains to be seen what sort of team the new Dubs boss decides to field against Longford in the build up to the start of the 2020 National League at the end of the month.

Dublin received a bye to the semi-final of the O’Byrne Cup for the second year in succession but were supposed to have withdrawn from the competition this season prior to the appointment of Dessie Farrell to succeed Jim Gavin.

But the situation has obviously changed and the visit of the five-in-a-row All-Ireland champions is a very appealing fixture, regardless of what Dublin team lines-out at Pearse Park.

The first part of the double bill on Saturday is the meeting of Longford and Leitrim in Round 2 of the Philly McGuinness Cup U-20 Football League, throw-in 12 noon.

After playing three games in the group stage of the O'Byrne Cup,  the Longford seniors should be the sharper side with a definite edge in fitness over Dublin.

It is another competitive exercise in preparation for the match that really matters - the visit of Louth in Round 1 of the Division 3 League on Sunday 26 January.

Fielding what was basically a development outfit/third string, the Dubs were beaten by a near full strength Westmeath side in the O’Byrne Cup final last year.

The previous meeting of Longford and Dublin in the O’Byrne Cup was the semi-final clash at Glennon Brothers Pearse Park back in January 2016 with the midlanders, managed by Denis Connerton, emerging victorious by six points, 1-12 to 0-9.