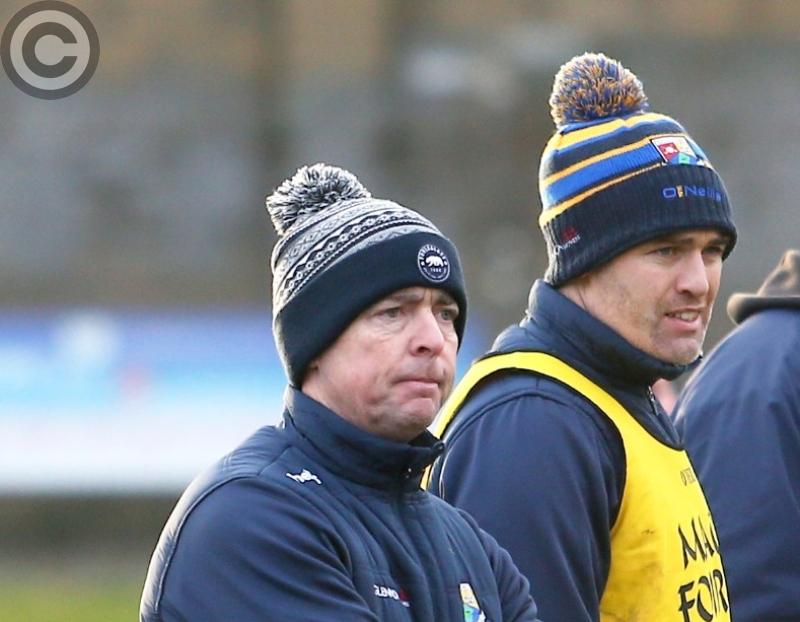 Having already secured their place in the O’Byrne Cup semi-final with wins over Kildare and Carlow, Longford’s final group game against Wicklow on Saturday last was a formality.

Although disappointed not to win the match Longford manager Padraic Davis was happy with how the campaign has been going for his side.

“You are trying to build momentum but this was a dead rubber game for us.

“You take people out of our team like Paddy Fox, Darren Gallagher, Joseph Hagan and Oran Kenny. That does have a big impact on your team.

“The lads that came in also did very well. We are happy with the O’Byrne Cup campaign we have had so far.”

Goals in each half proved to be the difference for Wicklow while Longford created goal chances they failed to put them away.

Davis said: “They got a couple of goal chances and they’ve taken them. We didn’t keep the scoreboard ticking over the way we would’ve liked.

“We were at 8 points in the first half for a long time and we were at 13 points for a long time towards the end of the second half. In that time they hit us for a goal in each half and that’s probably cost us the game.

“We had four clear cut goal chances and we failed to take any of them. That’s the difference in the end but you have to give Wicklow credit.”

Longford face Dublin on Saturday in the O’Byrne Cup semi-final. There had been talk that the Dubs were not going to participate in the competition this season but just like last year they have been allowed to enter at the semi-final stage.

“There seemed to have been throughout the winter a lot of uncertainty as to whether they were involved or not.

“I’m not quite sure what has taken place but look, it’s certainly a game for us all to look forward to; as Longford supporters, first and foremost, then as being involved as players and mentors. The Dubs coming to Pearse Park is always a big attraction,” commented Davis.

Saturday’s O’Byrne Cup semi-final will be Dessie Farrell’s first game in charge of Dublin and that will attract added interest in the fixture. Davis hopes the home support will come out in big numbers.

“You would hope Longford people will come out and support us. You’d imagine with Dessie being in there in his first game, the Dubs will travel in bigger numbers than they generally would. If we can match that in terms of our support we should have a great atmosphere and hopefully we can put it up to Dublin.”

Davis is pleased to have another competitive game for his side ahead of the league campaign.

“It’s a competitive game and both sides will want to win. This is our preparation that we need for the National League.”