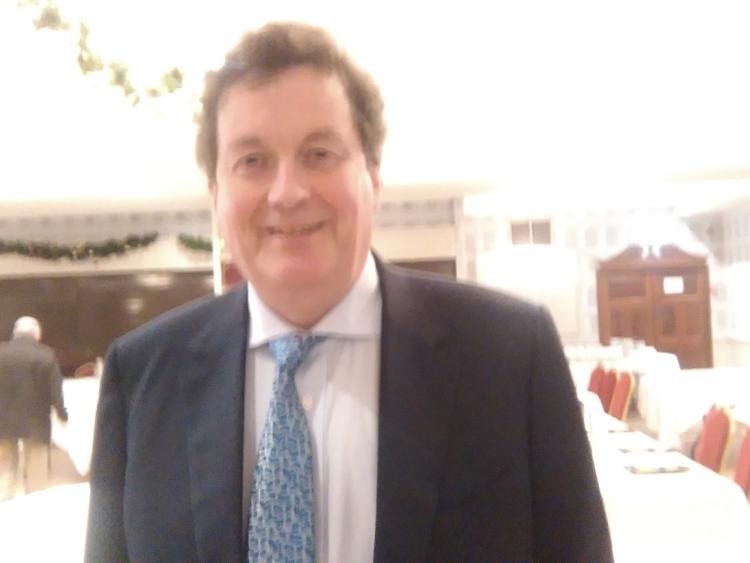 Albert Cooney (Rathcline), the new Longford GAA Chairperson pictured at the Convention in the Arms Hotel on Thursday night

Rathcline clubman Albert Cooney was elected the new Longford GAA Chairperson at the annual Convention in the Arms Hotel on Thursday night, winning the contest against Brid McGoldrick (Killoe Emmet Og) by 48 votes to 28.

Cooney, who stepped down as Treasurer after serving the maximum five years in that particular post, said it was a huge honour to lead the county and he was looking forward to a new beginning for Longford GAA.

Eugene Quaine (Carrickedmond) is the new County Board Treasurer, defeating Tommy McLoughlin (Mostrim) 47-29 in the second contest on the agenda while it took three counts to elect the two Leinster Council representatives.

Derek Fahy (Ballymore) was returned for a fourth year to represent the county at provincial level, topping the poll with 27 votes in the first count and was elected after exceeding the quota of 26.

TJ Ward (Legan Sarsfields) was eliminated in the second count, leaving Damien Edgeworth (St Brigid’s Killashee) and Michael Mulleady (Fr Manning Gaels) to battle it out for the second seat on the Leinster Council.

Edgeworth emerged victorious in the third count,30-18, to become a member of the Longford GAA Executive for the first time while another newcomer is his fellow Killashee clubman George McDermott who was the only nomination for the position of Assistant Treasurer.

Colm Murray (Kenagh) is the new Vice-Chairperson, the only nominee for the post, while Gerry Hagan (Killoe Emmet Og) was returned unopposed as Central Council representative.

There was a fourth contest at the GAA Convention with the outgoing Coaching & Games Development Officer Finbar Meehan (Mullinalaghta St Columba’s) defeating Eugene Murtagh (Sean Connolly’s) by 46 votes to 30.

Eamon Brennan (Young Grattans) was returned unopposed as the Irish & Language Culture Officer while Marie O’Reilly Keenan (Colmcille) remains in the position of Children’s Officer on the recommendation of the outgoing County Committee.

The position of PRO remains to be filled after the outgoing officer Tommy McLoughlin declared he was not running prior to the Convention while also vacant is the Development Officer post, previously held by Colm Murray who is now the Vice-Chairperson.

The first meeting of the County Board in January will endeavour to elect a new PRO and Development Officer.

PRO: Position to be filled