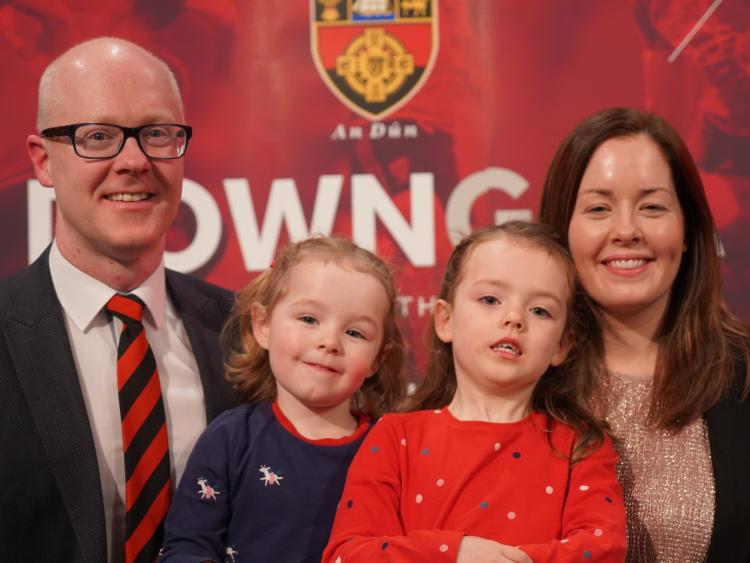 Longford and Killoe native John Devaney, pictured with his wife Gillian and children, pictured after he was elected Down GAA Co Board Chairperson last night

Longford man John Devaney has taken over as Down GAA County Board Chairperson. 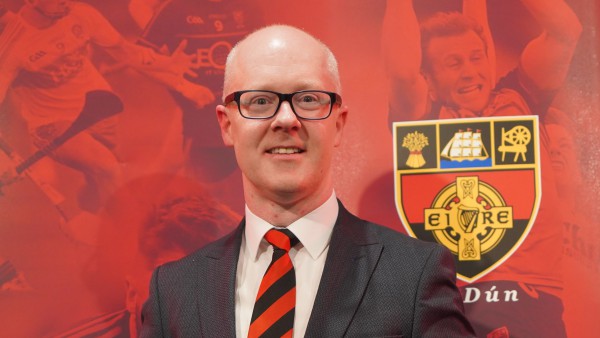 A member of the Bredagh Club, he previously held the role of Vice Chairperson and he takes over the reins from outgoing Chairperson Sean Rooney, who had served his maximum five-year term.

He is the second Killoe native to hold the role of County Board Chairperson.

Paddy Hagan (Rhyne) was Chairman of Longford County Board from 1908-1912 and last night, John followed in his footsteps by taking the Chair in the Mourne County.

It is possible that Killoe could have a third County Board Chairperson as this evening in the Longford Arms Hotel, Bríd McGoldrick is seeking to be elected as Longford Co Board Chairperson and she is going head-to-head with Albert Cooney (Rathcline) in a contest for the position.

A past student of St Mel’s College, John Devaney served as chairman of Queen’s University GAA between 1996 and 2001 and was part of the Queen’s management team for their Sigerson win in 2000.

In 2013, when Emmet Og, Killoe received the GAA McNamee Award for Best Website, John attended the function alongside his brothers Paul and Colm.

Two years later (2015), John, or Jack as he is known, received a Special Contribution to Sport Award at the annual Queen’s University Blues Awards.

John was recognised for over twenty years of service to the GAA Club in the University.

As well as being Vice Chairperson of Down GAA at that time, John was also sitting on various National GAA Sub Committees and he is the Queen’s GAA Club Past Members’ Union Chairman.

Earlier this year, the Queen’s University GAA Past Members’ Union (PMU) honoured the team that won the college’s first Sigerson Cup in 1959.

Speaking to the Irish News about that event, John, Queen’s GAA PMU Chairperson, said: “The players on that team became iconic figures for the Queen’s Club and their achievements inspired many others who represented the University in the decades after.

"We are delighted to once again have the opportunity to celebrate that success and to do so with the surviving members of the team and family representatives of those who are no longer with us.”

He added: “The Sigerson Cup has been a special competition for players and has always had a bond that maintains friendships among those who played together and those they played against. We always  hope that that can still endure among our present teams.”

John will welcome his native county, Longford, to Down next February 22 as Padraic Davis’ team travel for their fourth assignment in the Allianz National Football League Division 3.