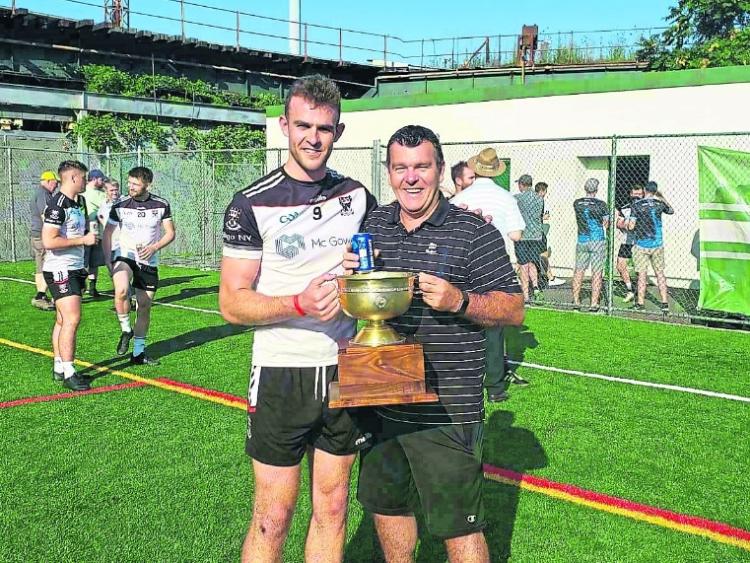 Gerry Fox, the manager of the New York senior football squad, pictured with one of the NY mentors Johnny Glynn, the Galway hurler at Gaelic Park

Former Sean Connolly's and Longford player Gerry Fox has been appointed the manager of the New York senior football squad who will take on Galway in the Connacht Championship first round clash at Gaelic Park on May 3.

Ballinalee native Gerry was a New York selector in 2018 and is now the boss with Galway hurler Johnny Glynn (based in New York) part of the management team.

Fox, the former Mullinalaghta St Columba’s manager, achieved a most significant double in guiding Sligo to success in the 2018 New York Intermediate Championship and the 2019 New York Senior Championship.

The following is a statement from the New York county board:  “The New York county board is delighted to have Gerry Fox taking the role as county manager. We look forward to working with him. We have no doubt in his capabilities and we wish him, & the county panel much success as they prepare for Galway in May”.