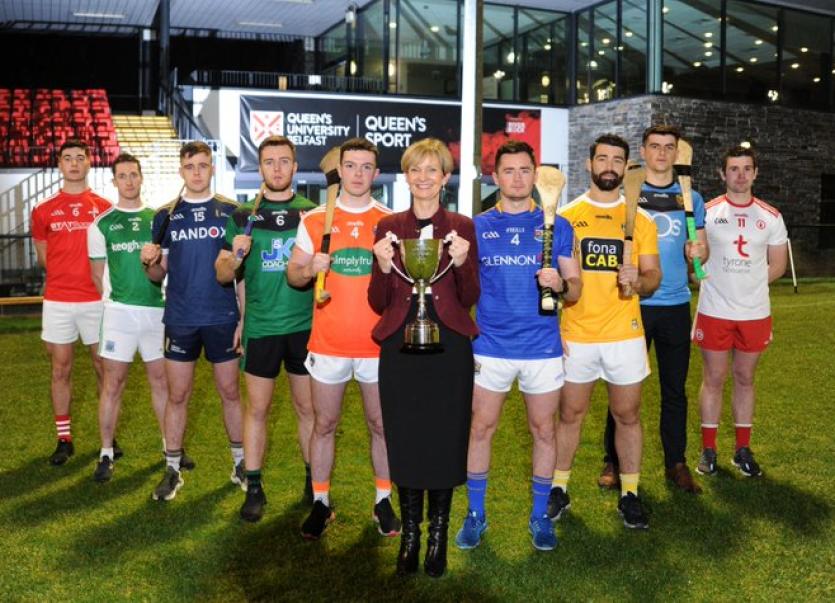 The 2020 Conor McGurk Cup was officially launched at Queen's University Belfast earlier this week with Longford taking part in the Ulster GAA senior hurling tournament for the first time.

The new season starts for Derek Frehill’s side against Armagh at the Peacelink 3G pitch in Clones this Sunday (throw-in 1.30pm).

Longford will play Antrim in the other fixture in the group stage of the Conor McGurk Cup at Queen’s University playing fields on Saturday 14 December.

Speaking at the launch, Declan Woods, Ulster GAA PRO said: “Conor McGurk was a leader for the sport of Hurling at Queen’s for many years and the continuation of this tournament is a fantastic legacy of his great contribution to the development of the small ball game at Queen’s.”

The 2020 Conor McGurk competition will feature nine teams who will compete across three sections. The teams involved include Queen’s, Ulster University, Armagh, Antrim, Down, Fermanagh and Tyrone as well as Louth and Longford.

The Longford hurlers won promotion to Division 3A of the 2020 National League and their first fixture is away to Monaghan on Sunday 26 January.

Away to Monaghan - Sunday 26 January

Away to Tyrone - Sunday 23 February