Northern Gaels win the Longford Under 20 ‘B’ football title 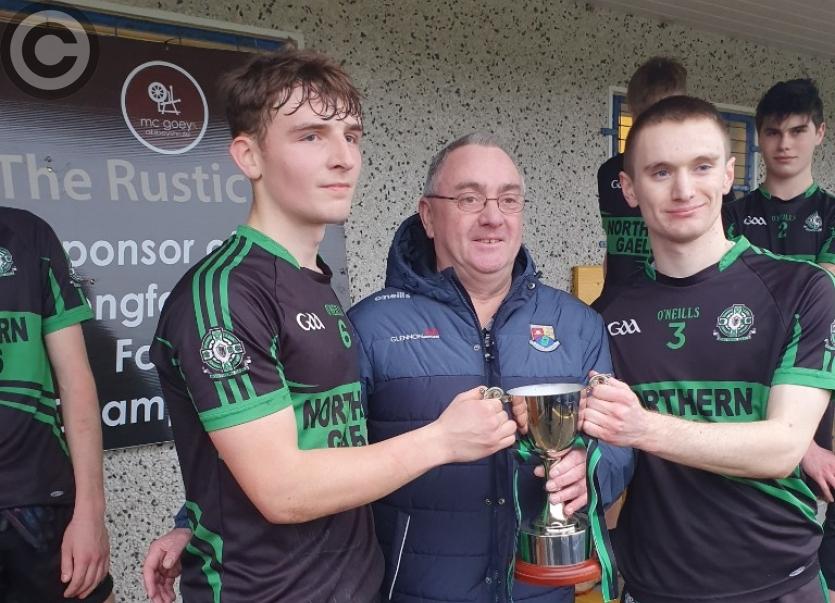 First half goals from Ronan Lynch and Reece Reilly gave Northern Gaels the edge over Rathcline in the U-20 ‘B’ Football Cup Final at Glennon Brothers Pearse Park on Sunday.

Just a solitary point separated the sides in the end with Rathcline getting back into contention with a goal from Seadna Ryan in the closing stages of this tight contest.

A further point apiece followed in a tense and exciting finish with the Abbeylara/Mullinalaghta amalgamation holding out to win the U-20 ‘B’ title.

Rathcline had a couple of opportunities to snatch the equalising score in stoppage time but it failed to materialise as they were left to rue several missed chances during the course of the game.