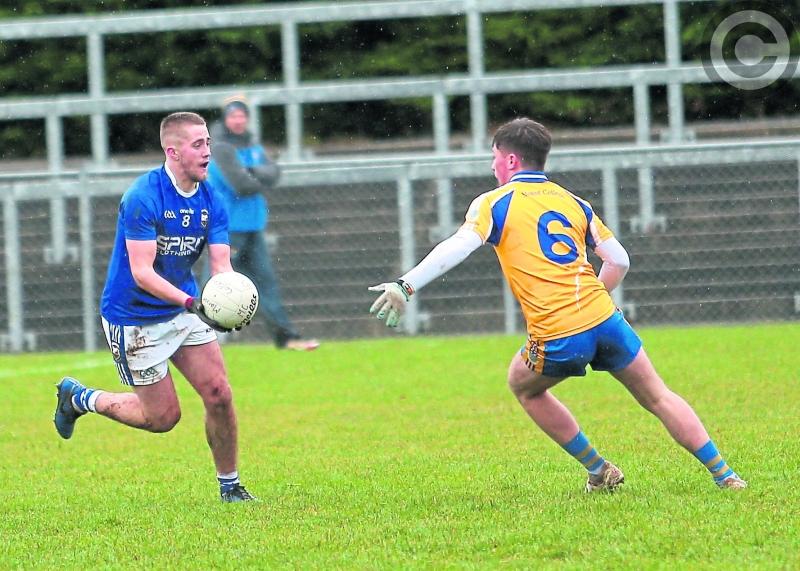 After losing by five points (1-10 to 0-8) against Marist College, Athlone in the first round game at the St Brigid’s GAA grounds in Kiltoom last week, St Mel’s College are facing a must win match against old rivals St Pat’s, Navan in their other group fixture at Emmet Park, Killoe this Thursday evening (throw-in 5.45pm) to keep their Leinster Senior ‘A’ Football Championship hopes alive.

A goal from full-forward Stephen O’Connor midway through the second half clinched a deserved win for Marist. Up until that decisive score it was a tight contest and St Mel’s (minus the injured Darragh O’Connell) were actually leading by a point (0-6 to 0-5) when Matthew Flynn shot over the bar with ten minutes gone on the changeover.

But Marist gradually gained control to outscore the Longford college by 1-5 to 0-2 during the remainder of the game to run out fairly comfortable winners in the finish.

There is certainly room for a lot of improvement as the St Mel’s management team of Michael Quinn and Diarmuid Cannon reflect on this disappointing display with just three of the eight scores coming from play.