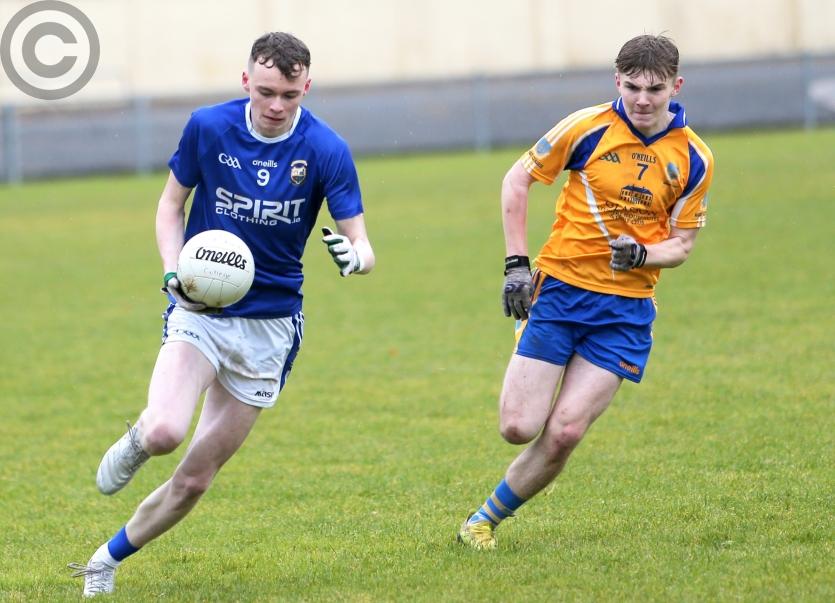 Jack Duggan on the attack for St Mel's against Marist. Action from the Leinster Post-Primary Schools Senior 'A' Football Championship first round game in Kiltoom Photo: Syl Healy

A goal from full-forward Stephen O’Connor midway through the second half clinched a deserved win for Marist, Athlone against St Mel’s in the first round of the Leinster Post-Primary Schools Senior ‘A’ Football Championship at the St Brigid’s GAA grounds in Kiltoom, Co Roscommon on Wednesday.

Up until that decisive score it was a tight contest and St Mel’s were actually leading by a point (0-6 to 0-5) when Matthew Flynn shot over the bar with ten minutes gone on the changeover.

But Marist gradually gained control to outscore the Longford college by 1-5 to 0-2 during the remainder of the match to run out fairly comfortable winners in the finish.

St Mel’s (minus the injured Darragh O’Connell against Marist) must now beat St Pat’s, Navan in their other group fixture at Emmet Park, Killoe on Wednesday next, November 20, to keep their championship hopes alive.