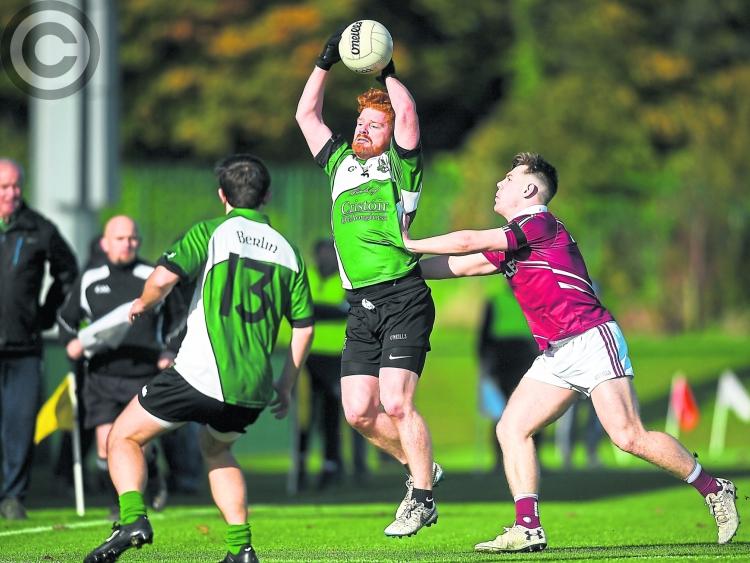 Fr Manning Gaels and Kenagh are flying the Longford flag in the Leinster Club Football Championships and both will be hoping to make further progress in the provincial series.

The Intermediate and Junior county champions are in quarter-final action this Saturday and while it looks like a tough task in the quest to reach the last four, the games are fixed for Longford venues which could prove to be a vital factor.

The Drumlish/Ballinamuck side, with injuries concern for attacker Darren Farrelly and defender Emmet Noonan, are facing Laois opponents Rosenallis in the last eight of the Leinster Intermediate Championship at Emmet Park, Killoe, throw-in 1.30pm.

Rosenallis are a club very much on the rise and after winning the Leinster Club Junior title in 2016 the momentum continued with their eventual graduation to the senior ranks by virtue of the narrow win (0-14 to 1-9) against Clonaslee in the county Intermediate final.

Man of the match in that close encounter was powerful midfielder Mark Dunne while another key figure is accurate forward Ronan Murray who has  featured for the Laois senior side. Dunne and Murray scored seven points between them and are capable of posing a serious threat.

But the Gaels will be in a fairly confident frame of mind following the hard fought win (1-10 to 0-12) over O’Hanrahans (Carlow) in the opening round and that match could stand to them in the bid to reach the semi-final away to the Kilkenny senior champions Mullinavat or the Dublin Intermediate title winners Ballyboughal.

Kenagh cruised to a comfortable ten point win (3-15 to 3-5) over the Europe senior champions Berlin to cross the first hurdle in the Leinster Club Junior Championship but taking on Ballymore Eustace is a completely different ball game.

Winners of the Kildare Junior Championship title for the second time in the space of three years, Ballymore Eustace will be firmly focused on making a  big impact in the provincial series as they did back in 2010 when they were crowned the Leinster Club Intermediate champions.

On the evidence of their most emphatic 3-12 to 1-8 over Robertstown in the recent county Junior final, the current crop of players clearly mean business and their leading light is Mark Barrett who was a member of the Kildare senior squad who beat Longford, after a replay, in the Leinster championship quarter-final this year.

Barrett will be joined on the club team by his brothers Shane and Tadhg and Ballymore Eustace will be hard beaten at Pairc Chiaran in Newtowncashel, throw-in 1.30pm.

The useful Kenagh side will be looking to their main men Rory Connor, Shane Doyle, Thomas McGann and Shane Farrell to pave the way for a possible win and at stake on Saturday is a place in the Leinster semi-final against Ballynacargy (Westmeath) or the Meath Junior champions Clann na nGael.