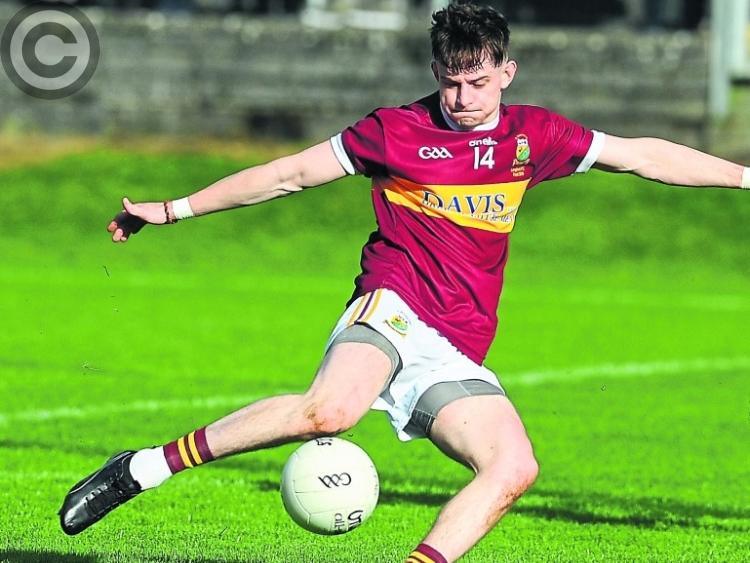 While Killoe crashed out of the Leinster Club Senior Football Championship after producing a very poor performance in the 0-15 to 0-6 defeat against Garrycastle in Mullingar on Sunday, there was much better news for the other Longford clubs in provincial action last weekend.

Aaron Quinn scored the crucial only goal in the closing stages of the first half as Fr Manning Gaels held out for a single point win, 1-10 to 0-12, away against O’Hanrahans (Carlow) in the opening round of the Leinster Intermediate Club Championship on Sunday last.

The reward for the Drumlish/Ballinamuck side is home advantage against the Laois champions Rosenallis in the quarter-final at Glennon Brothers Pearse Park on Saturday week, November 9.

Europe senior champions Berlin provided the opposition for Kenagh in the Leinster Junior Club first round game at the GAA Centre of Excellence at Abbotstown, Dublin on Saturday last.

Kenagh dominated the first half to establish a commanding 3-7 to 1-4 lead at the break and there was no way back for Berlin who eventually lost by ten points.

Next up for Kenagh is a much tougher task against the Kildare junior champions Ballymore Eustace in the quarter-final at Pearse Park on Saturday November 9.

Clonguish Gaels are back in action in the Leinster Club Junior Hurling Championship against Mountmellick (Laois) with the quarter-final clash at Glennon Brothers Pearse Park this Saturday, throw-in 1.30pm.