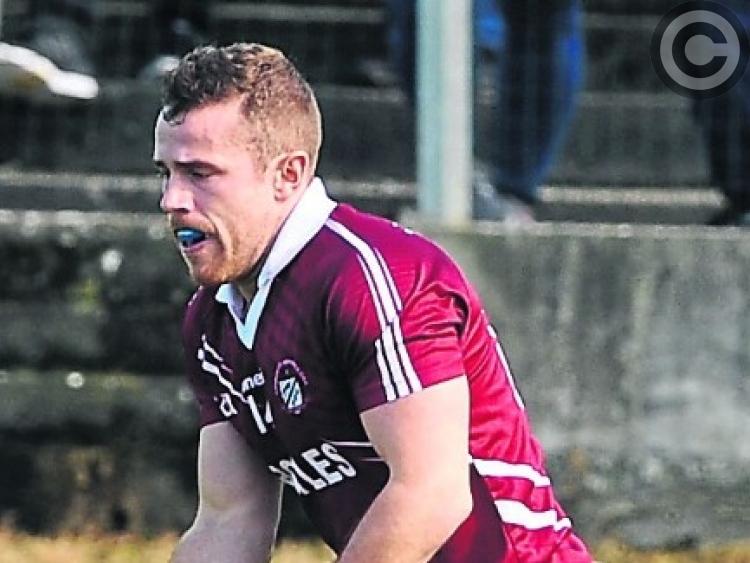 Three years after he sustained a serious knee injury which left his football career in jeopardy Kenagh forward Rory Connor has enjoyed winning a Junior Championship title with his club and with victory over Berlin on Saturday last they are now through to the last eight in Leinster.

Rory said: “In my mind I was never going to do anything else but get back on to a football pitch. It’s every club player’s dream to win something with their club. Unfortunately in Kenagh we haven’t been as successful as we should have been. Winning the Junior Championship this year meant a lot to me personally and to the lads as a group.”

At the time of his injury Connor was part of the DCU Sigerson Cup team and playing for the Longford Senior team. His talents were being rewarded but then suddenly he was faced with the prospect of not playing football again.

“I had played with the DCU Sigerson team, Longford U-21s, Longford seniors, club U-21 to club senior. To go from that from sitting on a sideline or actually not able to go on the sideline and everything that comes with it; your mental health. A lot of people might not take that into consideration, the knock-on effect.”

Hard work and dedication saw Connor back playing for his club and he hopes to get back playing with his county soon too.

“It was a relief to get back playing. I was very determined. Three years of long hard recovery and rehabilitation over my knee I finally got my goal of getting back, being competitive and playing at a higher level. Hopefully I’m not finished yet,” commented Connor.

Kenagh had to overcome a determined Berlin side who opened the scoring with an early goal but the Longford champions  hit back with a goal from Karl Farrell.

Rory Connor scored the second goal while Ronan Hughes got their third goal which put Kenagh in a commanding position. Connor admitted they knew very little about the German side and they went into the unknown on Saturday.

“It was very hard to get stuff on Berlin. With Junior Championship you kind of have an understanding of the players a club might have. That was hard with Berlin. If we had gone out and Berlin had beat us it would have been a big upset. We didn’t take them for granted. We had no idea of what they had to offer.”

Connor said it wasn’t a great game of football and Kenagh didn’t play as well as they could have but they got the win. They now face Kildare side Ballymore Eustace in Longford in the quarter-finals of the Leinster Club Junior Championship and Connor knows they will need to improve for that game.

“The Berlin game was a bit all over the place. Our performance was by no means perfect and we made some errors. We have a lot of work to do for the game against Ballymore Eustace. They have a strong team and will be looking at winning the Leinster Championship.”