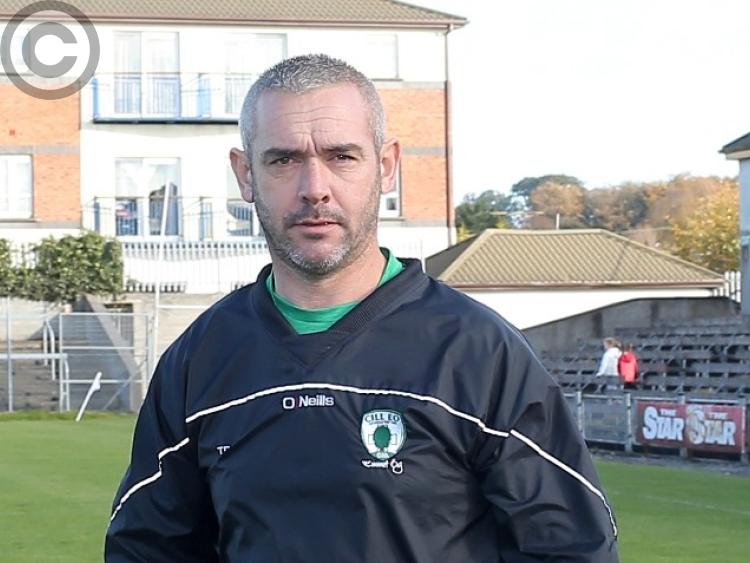 Killoe manager Thomas  Donohoe just couldn’t find the answers to what happened his side on Sunday last and where it all went wrong for Killoe in their defeat against the Westmeath champions Garrycastle in the first round of the Leinster Senior Club Championship.

The Longford champions Killoe produced  a below par performance. They were rocked with the loss of influential defender Padraig McCormack who missed out through injury. But Donohoe just couldn’t find the reasons behind the poor display.

He said: “I don’t have the answers. You don’t become a bad team overnight. I don’t think there is that much of a gap in club football in Longford and Westmeath. I don’t know what really happened. If Padraig had been on the field we wouldn’t have won with the way the rest of our players performed.  I’m not cribbing. I thank the lads for the effort they have put in.”

Padraig McCormack is a leader for Killoe and is irreplaceable and his loss was huge.

“Padraig McCormack was a massive loss. He is probably one of the best defenders in Leinster, never mind Longford. He brings that bit of energy to the defenders around him. You can’t replace him.

“Would we have won the Longford championship without him. No. That shows how much we need him. I don’t know with the scoreline would he have made that big a difference in the end. The whole team were flat,” said the very disappointed Killoe boss.

A subdued Donohoe stated that he felt some players were happy to just win the Longford championship.

“I thought we were flat all over the field. To be honest with you. I don’t know, were certain players maybe happy to park the Connolly Cup. Garrycastle are a seasoned team and you could see it out there. They done enough to get over the line. When they got their noses in front by four or five points they played down the clock.”

Having suffered a heavy defeat it is hard to take positives but Donohoe tried to look on the year as a whole.

“I suppose in a few weeks when we do reflect on things; it was a good year. We won the Connolly Cup and we have ten U-20s on our panel at the moment. It’s good for a couple of years. It’s a learning curve for a lot of them.”

Garrycastle won the Leinster title back in 2011 and were beaten in the All-Ireland Final by Crossmaglen after a replay. Donohoe believes the Westmeath side can have a good run in Leinster his year.

“Garrycastle are a very good team. I think they are going to surprise a lot of teams in Leinster. They are in a very good place now. They had a bit of a scare in the county final but they’ll go far in Leinster.

“At this time of the year it’s not about youth or speed, it’s about cuteness. It’s about seasoned players at this stage and they have them on their team.”