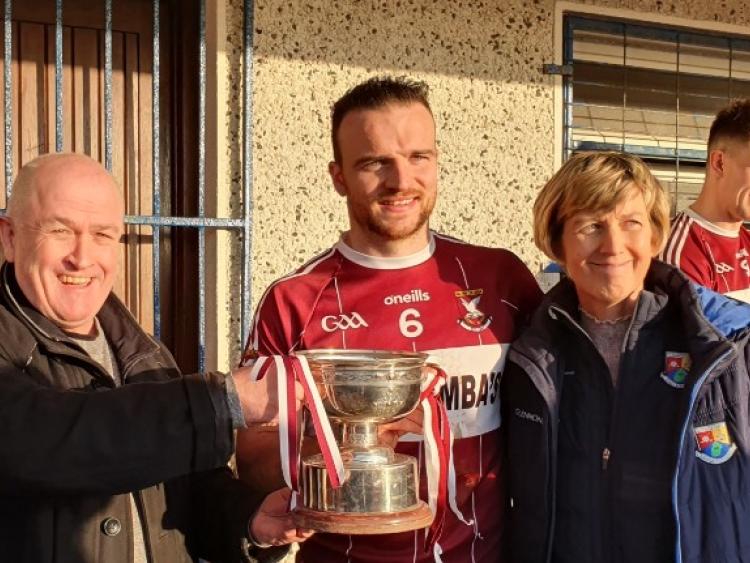 Mullinalaghta overcame Colmcille to win the Leader Cup for the tenth time with the narrow margin of just two points separating the sides in the entertaining senior football league final played in perfect conditions at Glennon Brothers Pearse Park on Saturday.

The sides were deadlocked at 0-8 apiece at the break but St Columba’s, utilising their greater experience, gradually got on top with David McGivney firing over four excellent scores (three frees) to settle this tight contest.

It might have been a different story had Cathal McCabe succeeded in converting a great goal chance for Colmcille midway through the second half but his point-blank shot was very well saved by the St Columba’s keeper David O’Rourke.

Thus Mullinalaghta (minus the suspended Gary Rogers for the Leader Cup Final) completed the senior league double under new manager Finbar O’Reilly as they also won the Division 1 title this season.