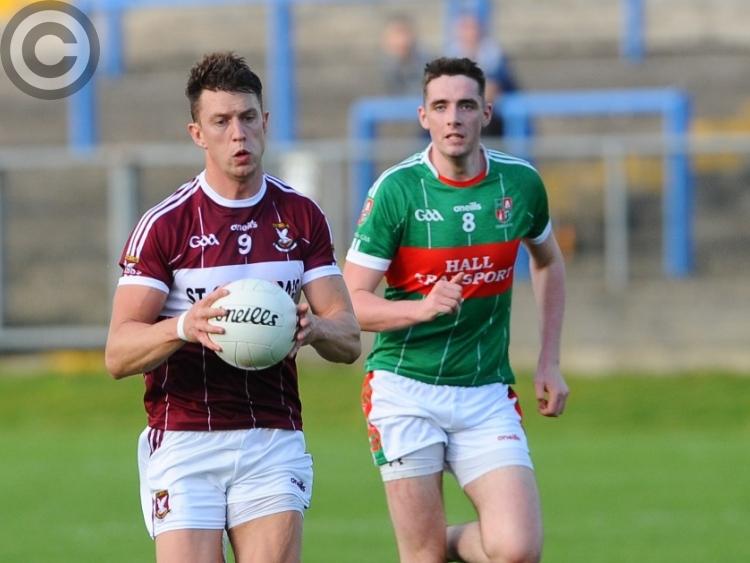 John Keegan on the ball for Mullinalaghta in breaking away from Colmcille opponent Fergal Sheridan. Action from this year's Senior Football Championship quarter-final Picture: Declan Gilmore

A most intriguing contest is in prospect with St Columba’s bidding for a tenth triumph in the senior football league competition while Colmcille are seeking to capture the famous old trophy for the fourth time.

It was as far back as 1990 when the Colmcille club last won the Leader Cup and the current crop of promising players will go into the final in a fairly confident frame of mind after beating Mullinalaghta in both the league and championship this year.

Colmcille’s shock win over the reigning Longford and Leinster champions in the Connolly Cup quarter-final was a fantastic achievement but St Columba’s will be going all out to gain revenge in their quest to complete the senior league double after retaining the Division 1 title this season.

Mullinalaghta were hard pressed to beat Mostrim, 0-17 to 1-11, in the Leader Cup semi-final on Saturday while in the other last four clash on Sunday a strong finish from Colmcille yielded a four point win (0-13 to 0-9) over the new county champions Killoe Emmet Og.

A close encounter will probably materialise but Mullinalaghta are a very experienced outfit and are fancied to emerge victorious.