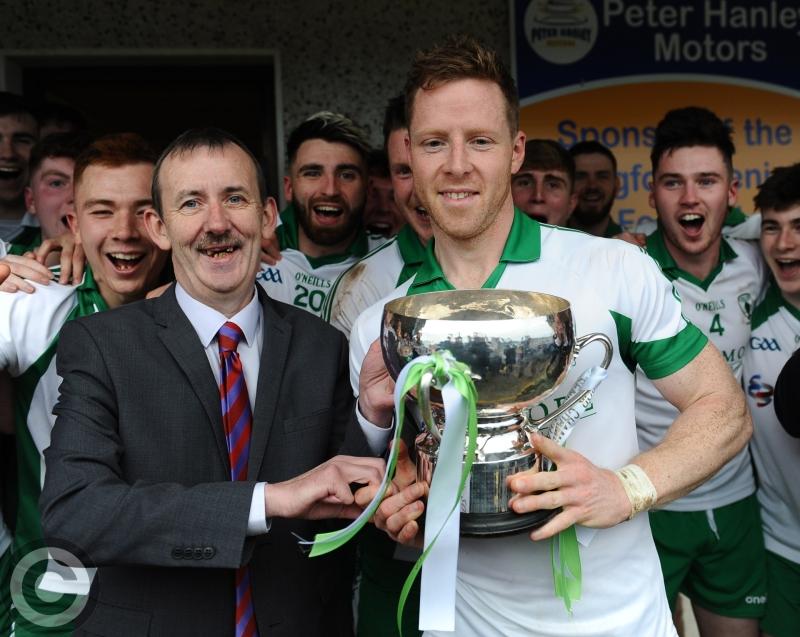 For Killoe Emmet Og captain Sean McCormack lifting the Connolly Cup on Sunday was very special for him and he dedicated the win to his late father Terry and other Killoe stalwarts who have passed away in recent years.

“On days like today I would like to mention him (his dad). He was such a massive part of our lives, especially in relation to football. You can imagine when that is taken away from you,

“it takes an awful lot with you. You have to try and find a motivation again. The whole way throughout this year I just felt he was with us along the journey. Many other great people that we lost in the last few years; great clubmen. It’s extra special to get over the line and dedicate it to them. They would be so proud.”

Over the last number of years Killoe have flattered to deceive in the championship. McCormack admitted this year they went back to working on the basics as a team and that’s what helped them claim their 12th county senior title.

“For this Killoe team with the young players coming through, you got to stay grounded. In the last couple of years we did get carried away with what people expected from us.

“The first thing you have to do is remove that expectation and get back to basics and work as a team. That’s what got us over the line.”

Killoe’s winning point came right at the end and it was a well worked score. They showed their composure and didn’t panic.

The captain was full of praise for the younger players who got their opportunity this year and grabbed the chance with both hands.

“When you do bring young lads on you have to throw them in, they have to learn. The same way we did. If young lads aren’t getting game time they are not going to stick around, they got to feel part of this thing. Only for our young lads this year. We are fortunate to have had the numbers coming through.”

McCormack paid tribute to beaten finalists Longford Slashers who ran Killoe so close throughout the match.

He said: “I have so much respect for those lads. I’ve shared a pitch with them and have been on the wrong end of a result with them over the years. We have a great history and tradition.

“It was always going to be a challenge for us. Going into the game we were edgy and we showed Slashers the utmost respect, which they deserve. We grinded it out and got the result.