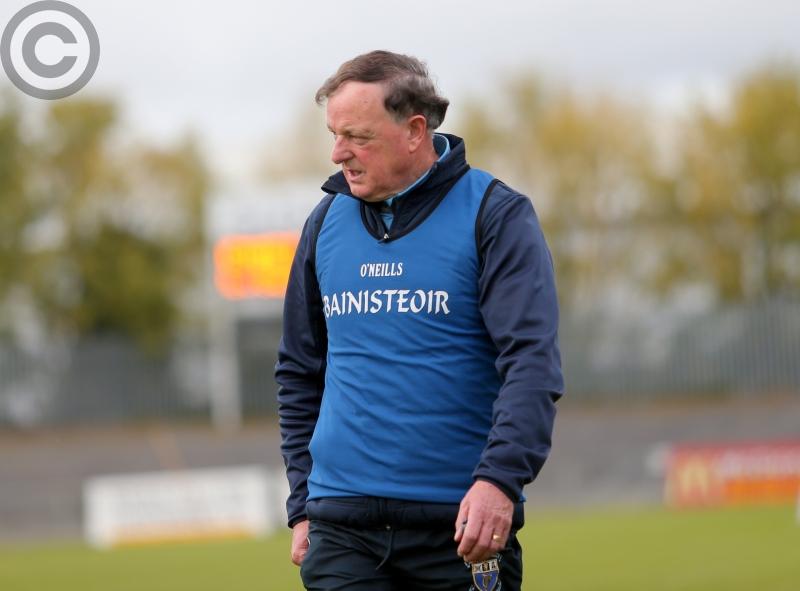 Disappointed Longford Slashers manager Noel O’Brien said that experience told out in the end for Killoe as they claimed the Longford Senior Football title on Sunday with a one point win.

“To be honest I thought we were always going back to the well. We were three points down, two points down and it’s very difficult to keep doing that.

“ You could see with their last score it came down to experience; use the head, recycle and pop the ball over the bar.

“We are disappointed. People say we had a great year but great years are only when you win finals. It’s the final that counts. That’s the one you have to win.

“Credit to Killoe they got there in the end. The bit of experience probably did help them but we gave them a battle,” stated O’Brien.

Playing in a county final was a new experience for a lot of the Slashers players and at times their inexperience of playing in big games told.

The manager said: “When you haven’t been down that road before; playing in finals and being in county finals. Every time you get the ball and you lose it, you drain your energy.

“Near the end we had a ball going down the line and a free was given against us and went back up. Little things like that. Little margins, prove costly.”

O’Brien was honest in his assessment of the game. He didn’t want to hear about moral victories or the fact that Slashers have had a good year so far.

“When you are in a final, you have to win it. However you win it, you got to win it. You can make all the excuses you want.

“ They are young and if they keep putting in the work they put in with me in the last six/seven months, they will be back but it’s not going to be easy.”

Slashers still have one game left to play this year; a league relegation/promotion play-off against Intermediate champions Fr Manning Gaels. The Slashers boss hopes his players are able to bounce back from this county final defeat and retain their Division 1 status.

“That’s a big game as well for us. We just have to get up again and go and see where we end up. We have good minors and hopefully a couple of those lads will come through.”