Longford SFC Final: Noel O'Brien has instilled belief into the Longford Slashers side 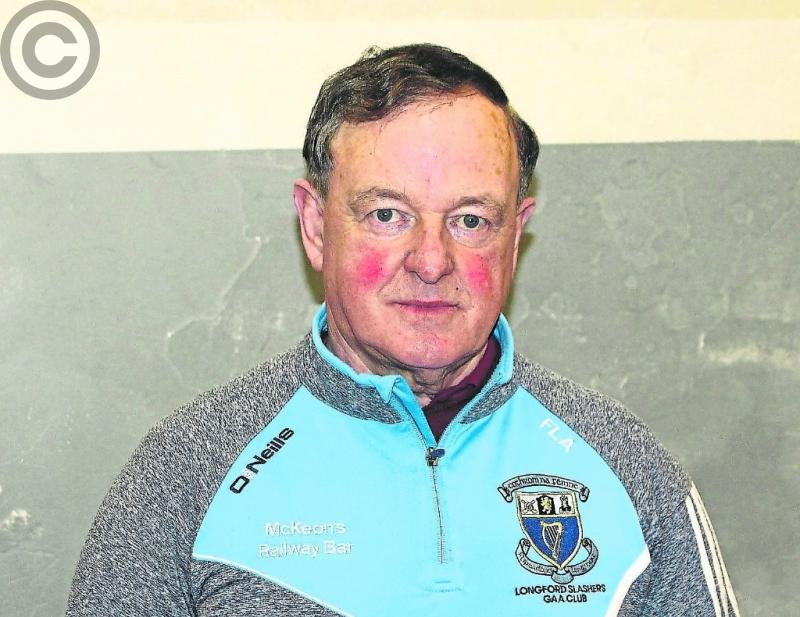 Noel O'Brien from Kiltoom, Co Roscommon is the manager of the Longford Slashers senior football squad.

Longford Slashers manager Noel O’Brien admits that it took him just a few months to realise his squad of players had potential and winning the championship could be possible.

O’Brien said: “We were a few months there and we knew we had a good squad of players It did take time. It was into May/June when we were able to get everyone together; some were away in college and other things.”

Missing so many players Slashers hadn’t a good league campaign and have found themselves in a relegation/promotion play-off but for their manager it was all about getting things right for the championship.

”We hadn’t a good league run and that’s why we are in the position that we are in. It wasn’t our main priority, the championship was. We did take it every game as it came.”

Coming into the club O’Brien and his management team had a plan they wanted their side to implement. The big thing for the former St. Brigid’s, Kiltoom manager was working on the players’ mental strength.

“We had a game plan and that’s what we’ve had since the start of the year. It’s working out for us now and the guys know what we want them to do. Fair play to them.

“The most important thing was to work on their mental strength. That’s something that I have said before.

“We tried to get it out of their heads that if they make a mistake, it’s the next ball that counts. We got a mental toughness into them.”

O’Brien was full of praise for his players and he is delighted with the make-up of the squad  he has at his disposal.

“We have a lot of young lads coming through along with  some older guys to add the experience factor. It has worked out well.

“They are a great bunch of lads who have worked hard and can also play a good brand of football.”

The Slashers boss knows what it takes to manage a team to a county title. It’s all about the preparation. He is full of praise for Sunday’s opponents Killoe.

“They are a very good side with a lot of county players. They have quality in their side but my attitude has always been its 15 against 15.

“If you prepare yourselves properly physically and mentally right you’ll be there or thereabouts; it mightn’t be  about a decision that goes against you.”

O’Brien is a calm and honest character and is self-driven and as a manager he wants his players to have that ‘drive’.

“It’s up to yourself. It’s how you drive yourself. It’s not how people drive you. Honesty on a pitch, honesty off it. You have to be self-driven if you want to get to the top.

“Nothing comes easy. I never panic and I always say enjoy yourself and what will be will be. We are nowhere near where we want to be but we are getting there,” stated the satisfied Slashers manager.