Longford IFC Final: Fr Manning Gaels may just have the edge over Ballymahon 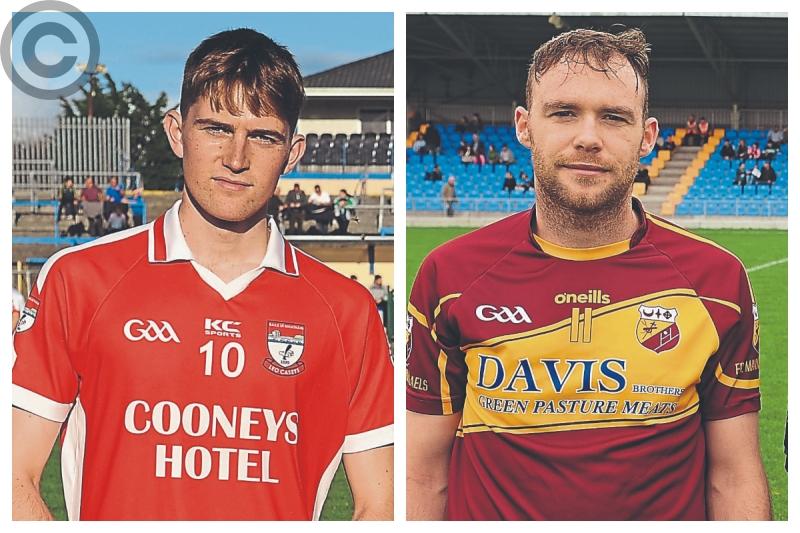 Two clubs who have fallen on lean times in recent years are back in the spotlight with Ballymahon and Fr Manning Gaels battling it out in the Intermediate Football Championship Final at Glennon Brothers Pearse Park this Sunday, throw-in 3.45pm.

After struggling in the senior grade in the recent past relegation was eventually the fate of Fr Manning Gaels (2017) and Ballymahon (2018) but both are recovering quickly in their quest to capture the Gerry Hennessy Cup.

The general opinion suggested that these two teams would end up in the second tier title decider with the value of senior experience a vital factor in their favour but Ballymahon were almost beaten in the semi-final clash against Ardagh/Moydow before emerging victorious after a replay.

Seven points down at half-time in the drawn game, the south Longford side showed a lot of character in producing a great comeback to keep their championship hopes alive and went on to win at the second attempt.

Former Westmeath footballer Ken McKinley, in his second season in charge of Ballymahon, is a very capable coach who is getting the best out of a committed bunch of players.

Fr Manning Gaels cruised into the final with a comfortable 1-14 to 0-8 win over St Brigid’s Killashee with Aaron Quinn scoring the goal deep into stoppage time.

After coming through the group stage of the championship with considerable ease, the Drumlish/Ballinamuck outfit are now facing their toughest test and will be hard pressed to get the better of Ballymahon in a most intriguing game.

Predicting the eventual outcome is difficult, to say the least, and a close encounter is probably in prospect as there appears to be little separating the sides.

The Gaels are going well under the guidance of their new manager Jack Lynn from Edgeworthstown and the return of Darren Farrelly and Aaron Quinn this season has certainly strengthened the squad.

Farrelly is back home after spending some time in the United States and was captain of the Longford team that won the New York Senior Football Championship last season.

The current Gaels captain will be hoping to collect some more silverware on Sunday for a club with such a tremendous tradition, winners of 15 senior championship titles in a glorious history.

Seven of those triumphs were in the name of Fr Manning Gaels, the last in 2001, and the north Longford club were crowned Intermediate champions way back in 1975.

Another Intermediate success was achieved when the Gaels amalgamated with Mullinalaghta in 1973.

Ballymahon, county senior champions for the only time in 2002, are bidding to win a fourth Intermediate title having also triumphed in 1969, 1984 and 1998.

Their path to the 2019 final proved to be more difficult as apart from the two tough games against Ardagh Moydow, winning the replay by four points, Ballymahon also had to battle for a draw against St Brigid’s Killashee in the final group fixture.

Their main man is unquestionably the powerful Kevin Diffley who has the ability to give his side the upper hand at centrefield and can expect good support from the hard working John Nevin.

James Kenny and Matthew Daly will command the key central positions in the defence while Emmet Finn and Mark McCormack can also play a prominent part in the bid to contain the slick Gaels attack.

Mark Connor and Kyle Fitzmaurice provide the biggest threat in the Ballymahon attack, as the dangerous duo have done throughout the current championship campaign, while Thomas Mulvihill is another forward to watch out for.

Chief marksman Connor is a potential matchwinner, such is his accuracy from both frees and play, and the sharpshooter fired over a total of 14 points in the draw and replay against Ardagh Moydow.

But Fr Manning Gaels looked to be the better-balanced team and may just have the edge over Ballymahon.

County goalkeeper Paddy Collum is like an extra defender with his commanding presence on the pitch with Liam Lynch, Aaron Quinn, Gary Connell  and Emmet Noonan other key figures on the Gaels side.

While the midfield battle could be crucial with Ballymahon ace Kevin Diffley going to be hard stopped, the Gaels would appear to have the greater scoring power.

Pauric Gill is a very experienced player who can pose a lot of problems with his pace and general quality and with other good forwards in Darren Farrelly, Dean Cosgrove and the Cassidy brothers Martin and Cian the Ballymahon defence could be put under considerable pressure.

Gill and Martin Cassidy registered a total of ten points between them in the semi-final against Killashee and the major impact they will be hoping to make in the final might well prove to be the difference in the finish.