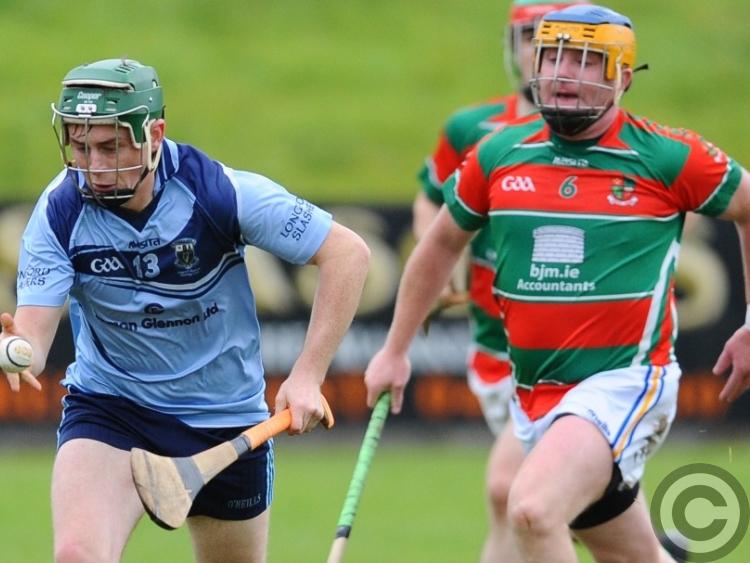 Reuben Murray on the attack for Longford Slashers with Wolfe Tones defender Benny Stakem in pursuit. Action from the SHC Round 3 game at Allen Park on Sunday. Picture: Declan Gilmore

Longford Slashers turned a three point half-time deficit into a two point winning margin as they knocked the title holders Wolfe Tones out of the Senior Hurling Championship and in doing so booked their place in the county final against Clonguish Gaels.

It is two years since Slashers were last in the final and they have to go back to 2001 for their last county senior hurling success.

Slashers fought hard throughout to come away with the win against Wolfe Tones at Allen Park on Sunday. Eoin Donnellan was their chief marksman, scoring 12 points (10 frees), while goalkeeper Conor Gallagher had a fantastic game.

Johnny Casey was excellent also and capped his fine performance off with the point that edged Slashers ahead near the end.