Longford SFC: Will it be Colmcille or Killoe in the battle to reach the county final? 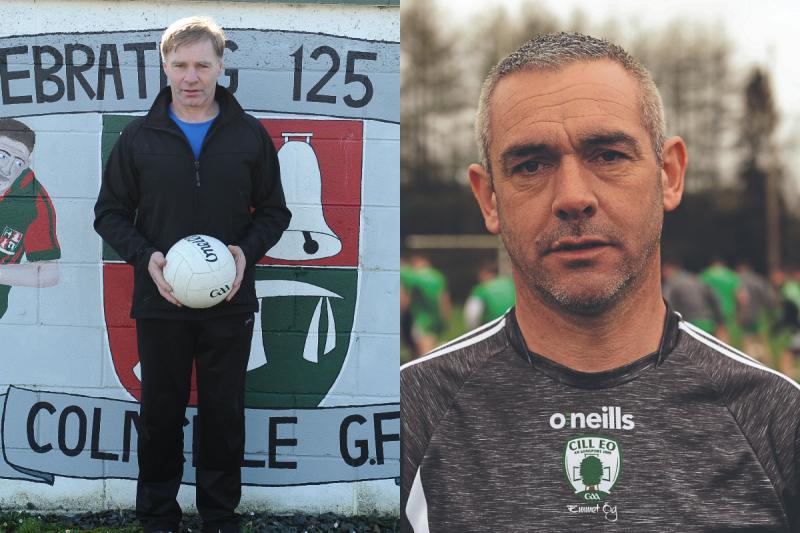 In the aftermath of their magnificent win over the reigning Longford and Leinster champions Mullinalaghta, the spotlight is firmly focused on the Colmcille footballers in the battle for the county title.

The shock elimination of St Columba’s, the dominant force for the past three years, has injected a new lease of life into the senior championship and the four teams left in the field will all believe in their ability to capture the coveted Connolly Cup.

Shrewd Colmcille manager Eugene McCormack does not need to be told that it will take a repeat performance filled with the same fierce intensity in the bid to beat Killoe in the eagerly awaited semi-final showdown at Glennon Brothers Pearse Park this Sunday, throw-in 5.45pm.

After coming close to making the breakthrough in the last couple of years, Colmcille will be hoping to make amends for their unlucky defeat at this same stage last season when the concession of a gift goal in the early stages of the second half cost them dearly in their eventual 1-10 to 0-10 defeat against Abbeylara.

The absence of some injured players, most notably Cathal Reilly and Vinny Hourican, was a significant setback but the north Longford club are now almost back to full strength in their quest to reach the senior final for the first time since 2008 when they won the county title to end a long 50 years wait.

The potential of the current crop of players has been well documented and class act Barry McKeon really stood out in the remarkable win over Mullinalaghta, clocking up a total of 1-7 (six frees) with the match winning goal from a penalty materialising in the fourth minute of stoppage time.

Colmcille have banished the bitter disappointment of the demoralising 2-17 to 0-8 hammering against St Columba’s in the opening round last year into the distant past and the whole parish are now on a high after watching their team knock out the title holders.

That was some swing in the change of fortune, to say the least, but it will all count for nothing if Colmcille happen to fall at the semi-final hurdle.

While Killoe are coming into the game under the radar to a certain extent with their home grown manager Thomas Donohoe fielding a lot of promising young players in the current championship campaign, the demise of Mullinalaghta will be viewed as a glorious opportunity of returning to the summit of Longford football.

Looking like Leinster Club title contenders a few years ago, Emmet Og have not appeared in the county final since 2015 when they last won the SFC title but they have not gone away despite the defeats at the quarter-final stage in 2017 and 2018.

Killoe should have beaten Mullinlaghta in the last eight meeting a couple of years, letting a commanding 0-9 to 0-1 lead slip with the game eventually ending in a draw after James McGivney scored a brilliant goal in stoppage time.

St Columba’s went on to win the replay with the comfortable margin of seven points to spare in the finish and there was further woe for Emmet Og in the quarter-final last year when they had victory snatched from their grasp.

Abbeylara (without the injured Robbie Smyth) appeared to be in big trouble when they trailed by 1-4 to 0-1 approaching the half-time break but they battled back to gradually close the gap with Padraig Berry scoring the decisive match winning goal in the 59th minute.

That surprise setback was a shattering blow for Killoe but they are back to within one step of reaching yet another Connolly Cup decider and looked sharp in their well deserved win over Dromard in the previous round.

The return of Daniel Keogh and Simon Kiernan this season has strengthened a squad with a lot of experience and no shortage of quality players and Emmet Og will be difficult to beat.

Colmcille will be in a confident frame of mind after conquering the might of Mullinalaghta but the wiser Killoe side may just have the edge in what promises to be a cracking contest.