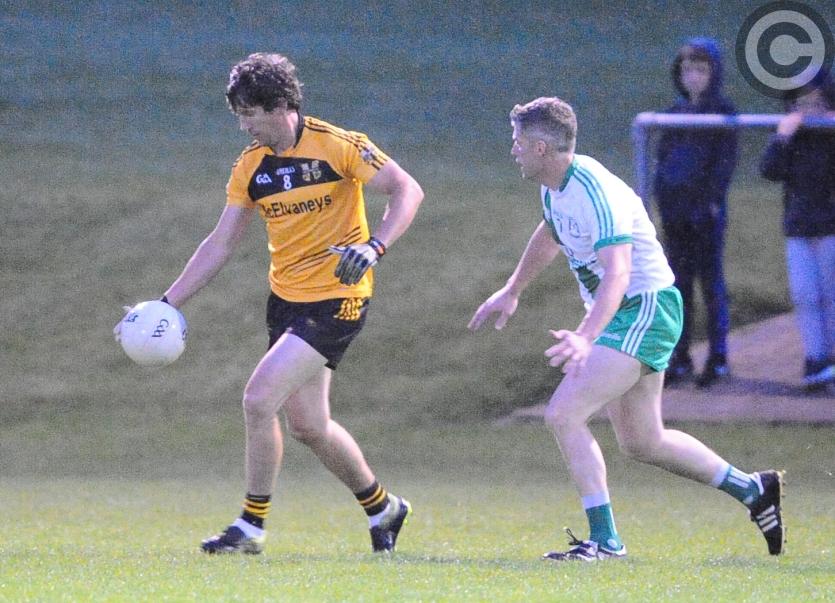 Three first half goals from Cillian Lee guided St. Brigid’s Killashee to a comprehensive win over a somewhat depleted Ballymore side in the Intermediate Football Championship semi-final replay at Pairc Chiarain, Newtowncashel on Friday night last.

Lee took his goals well with Francis Dolan and substitute Mel Shanley adding goals to their tally in what was a fine performance. Killashee made a fine start to the game. Lee scored his first goal in the 11th minute and when Francis Dolan scored Killashee’s second two minutes later there was no way back for Ballymore.

Ballymore struggled to get scores; they got six points in the first half and added a further four points to their tally on the changeover. Killashee’s Dylan Farrell was sent-off for a black card midway through the second half.

It was Farrell who registered the game’s first score kicking over a ‘45. Cillian Lee followed up with a point while Ciaran Fahy scored Ballymore’s first point in the fourth minute. Ballymore keeper Alan Kiernan denied Mark Rossiter just seconds later.

St Brigid’s were up by four points in the ninth minute and two minutes later Lee scored his first goal, shooting low to the net. Damien Monaghan replied for Ballymore but in the 13th minute Killashee got a second goal; Lee’s effort was cleared off the line but fell to Francie Dolan who got a fist to the ball.

A short kick-out in the 16th minute landed perfectly for Lee and he made no mistake in getting his side’s third goal. The lead was 14 points in the 21st minute when Dylan Farrell kicked over a great point. Farrell converted a free in the 23rd minute before Lee looped the ball over Ballymore keeper Kiernan  for his third goal.

Mark Rossiter kicked over an excellent point in the 25th minute to extend the lead to 18 points. Ballymore kicked over three points before the half-time whistle to trail by 4-9 to 0-6.

Killashee didn’t let up with the scoring in the second half. Farrell, Dolan (free) and Johnny Casey all kicked over points in the early stages and in the 38th minute Killashee got their fifth goal after a fine move which was started by Dylan Farrell and finished by substitute Mel Shanley.

A Damien Monaghan free in the 42nd minute was Ballymore’s first score of the second half. Andy Kelly was unlucky to see his effort come off the butt of the post as Ballymore tried to get scores.

They could only muster up two more points while Jack Magan hit over a fine point in the 54th minute as Killashee booked their place in the semi-final against Fr. Manning Gaels on Sunday evening next.