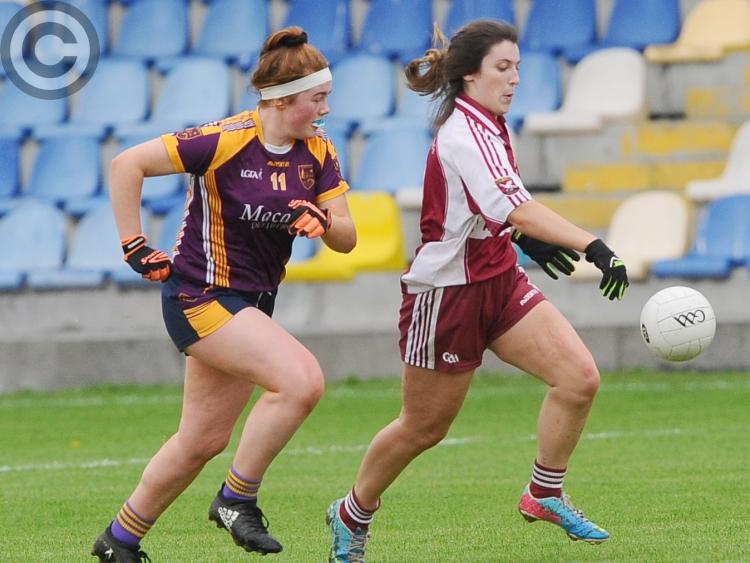 Under the management of Arva’s Nicky O’Hara, Colmcille will be looking to gain revenge on Mullinalaghta, the side that ended their championship ambitions last year. Once again Colmcille will look towards their star player Michelle Farrell, who is one of the best forwards in the country, to help them claim victory.

Other players Colmcille will depend on are Emma McKeon in the back line; Megan Jobe and Nessa Farley in the forwards as well as captain Patricia Hourican.

Beaten in 2016 as well as last year Mullinalaghta will be hoping it’s third time lucky on Saturday. They are without Lisa Mooney this year but can call upon Carmel and Caroline McGivney, Caoimhe Brady and Lauren Burke.

The management team of Frankie Sullivan, John Reilly and Mark Hanlon will hope their side will have learned from last year’s experience.

It’s going to be a tight contest with both sides hoping their key players can lead them to victory.

2018 was a great year for Grattans as they claimed the Junior title for the first time. Now they are  chasing Intermediate success under the management of Mickey Lohan and Enda Duncan.

For Ballymore they’ll be hoping to go one better after losing last year’s final to Slashers, who are now in the Senior ‘A’ Final against Clonguish in a couple of weeks time.

Ballymore are managed by Alan Neilon and Bernard Clyne and have Longford Intermediate captain Emer Heaney on their side along with other players who have starred for various county sides this year; Sorcha Dawson, Siobhan Tully, Nicole Neilon, Avril Wilson and Shauna Heaney.

The two sides met in the Division 2 Final in May and it ended in a draw with the replay yet to take place. The clubs clashed in the group stages of the championship with Ballymore defeating Grattans in that game.

As well as their county stars Grattans have Rebecca O’Kane, Roisin Leen, Katie Devlin and Orla Kenny to call upon.

Ballymore also have the vastly experienced Fiona Gettings, one of the best players the county has produced, along with Aoife Dawson, Caroline Kiernan, Aisling Reynolds and Marie Martin.

There will be several key battles all over the field. With excellent forwards on both sides, defences will have to be on top of their game in what will be an intriguing contest.

Match reports and pictures in next week’s Longford Leader, on sale on Wednesday