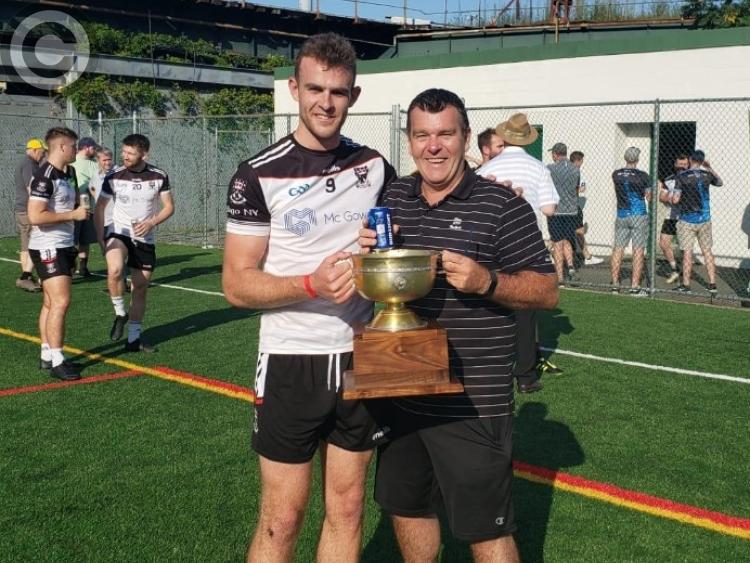 Ballinalee native Fox was the manager of the triumphant Sligo side with Glynn, better known as a top Galway hurler, lining out for the title winners in the NY football final at Gaelic Park on Sunday last.

This is Gerry's third year in charge of Sligo in the States and after winning the Intermediate Championship last year they have now succeeded in capturing the coveted New York senior crown for the first time since 1985.

Sligo defeated Donegal 0-15 to 2-5 in the decider last weekend and won by three points in the semi-final against a Kerry team featuring Dr Crokes Killarney players Fionn Fitzgerald and Daithi Casey and who were managed by Longford duo Enda Williams (Clonguish) and Dermot Yorke (Carrickedmond).

Longford were the reigning New York Senior football champions but they were beaten by Donegal in this year’s semi-final. Longford were managed in the current campaign by Trevor Smullen (Ballymahon).