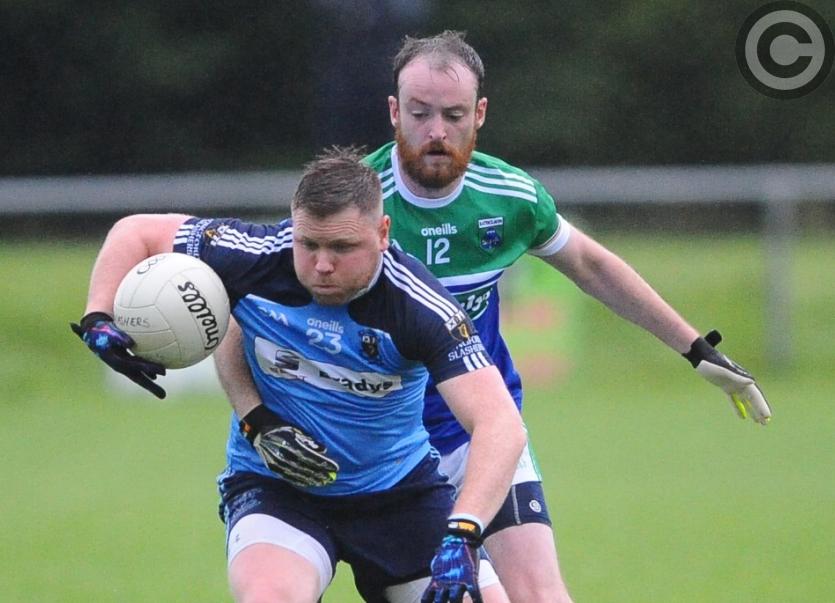 Conor Clarke on the ball for Longford Slashers in evading the challenge of Rathcline opponent James Carroll. Action from the SFC Group 3 clash in Newtowncashel. Photo: Declan Gilmore

Longford Slashers have made it through to the quarter-finals of the Senior Football Championship for the first time in three years following a fairly emphatic win over Rathcline at Pairc Chiarain in Newtowncashel on Friday evening.

Slashers appeared to be in control after building up a comfortable 0-6 to 0-0 lead midway through the first half but Rathcline came storming back to close the gap to just a solitary point at the break, 0-8 to 0-7.

Last year’s Intermediate champions were very much in contention to spring a surprise but Slashers regained the upper hand to outscore the Lanesboro lads 0-6 to 0-1 in the second half.

Both teams ended the game with 14 players on the pitch with Ruairi Clarke dismissed for a second yellow card in the 49th minute while Rathcline’s Kevin Chapman received a straight red card in stoppage time.

Denis Connerton's side are now out of the championship and into the relegation play-offs with two clubs dropping down to the Intermediate grade next season.