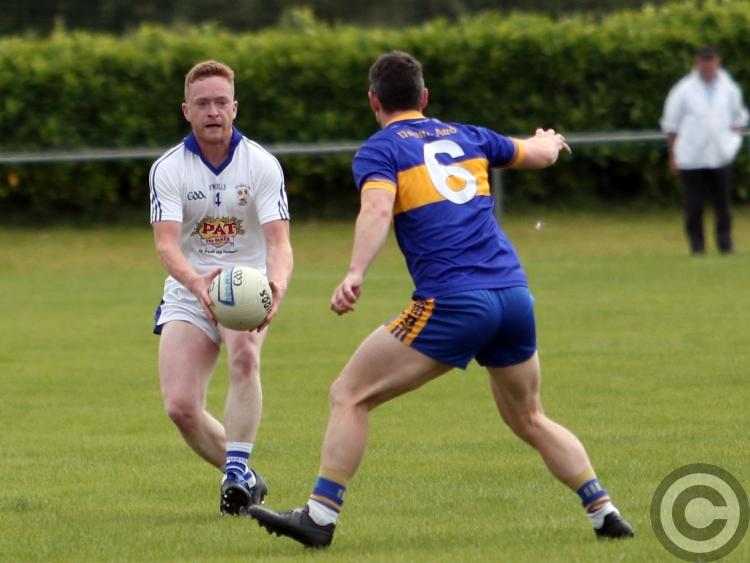 Eoin Higgins on the ball for Granard in facing the challenge of Dromard opponent Padraig Martin. Action from the SFC Group 1 game at Lynch Park on Sunday. Photo: Syl Healy

Dromard finished strongly to register a crucial win in Group 1 of the Senior Football Championship at Lynch Park in Abbeylara on Sunday, a result that leaves Granard in a fierce fight to avoid a relegation play-off.

Niall Sheridan’s side were ahead by eight points in the early stages of the second half but great credit to the young Granard side who rallied and closed the gap to four points by the 51st minute.

But Dromard (beaten by Clonguish in the opening round the previous week) showed their vast experience when it mattered most and a good ball in by Francis McGee was finished to the net by John Sheridan in the 54th minute.

The impressive McGee (who fired over seven points) was also the provider in setting up Jamsie Martin for the second goal at the end.