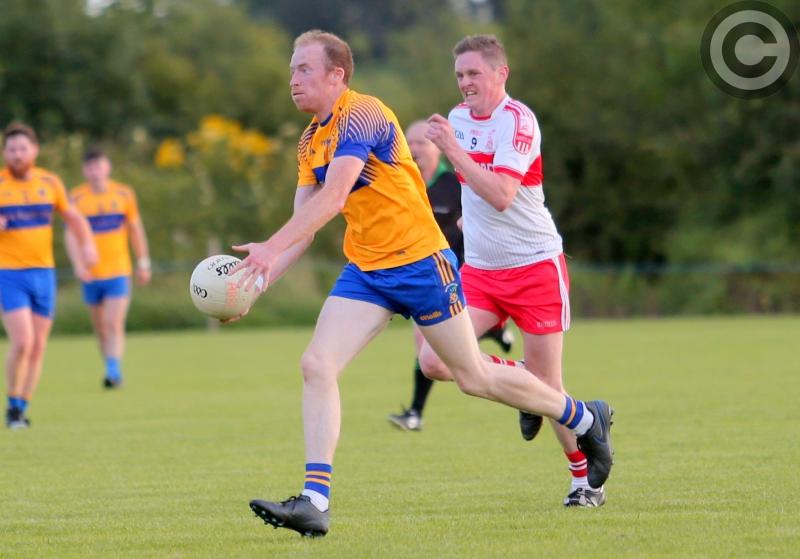 Barry O'Farrell on the ball for Carrickedmond in breaking away from Abbeylara opponent Jason Kelly. Action from the SFC Group 2 clash at C&D Devine Park. Photo: Syl Healy

Seven points behind at one stage in the first half and looking in considerable trouble, Abbeylara showed a lot of courage and character in storming back to conquer Carrickedmond in the Senior Football Championship Group 2 clash at C&D Devine Park, Edgeworthstown on Saturday evening.

Carrick got off to a great start with goals from Sean Kelly (2nd minute) and Kyle Kenny (10th minute) in the early stages of this entertaining second round game and had built up a comfortable 2-5 to 0-4 lead with 18 minutes gone in the first half.

But Abbeylara got back in contention with a goal from Kevin Smyth in the 22nd minute and after trailing by 2-7 to 1-7 at the break they improve greatly to score ten more points in the second half to book their place in the quarter-finals.

The best Carrickedmond could manage on the changeover was a couple of points from Aidan McGuire.